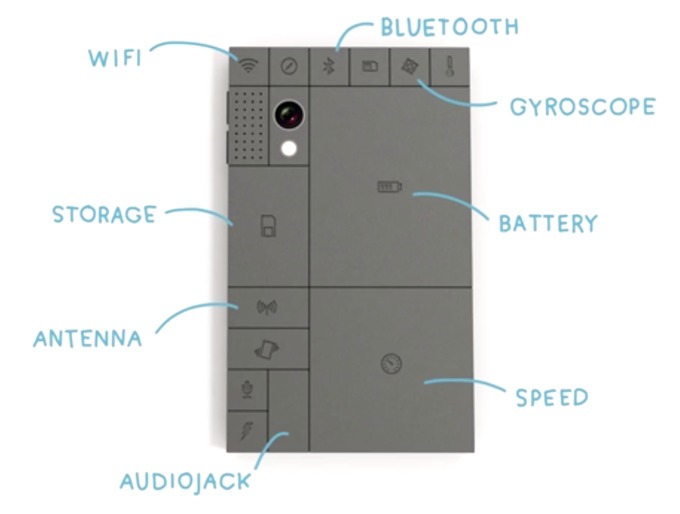 Imagine being able to truly customize and upgrade your smartphone. We’re not talking about colors like the Moto X, but actually changing the battery size, add a newer faster processor or more RAM and storage, or a better camera as technology improves. That’s exactly what the Phonebloks smartphone wants to do. Getting it done is another task entirely. It’s almost a smartphone made out of legos. Check it out below.

Spotted by the folks over at AndroidPolice the Phonebloks is an upgradeable and modular smartphone design. With each part of a smartphone being built into its own blocks, then attached to a central piece or motherboard. Replacing the camera or a broken screen is just a few screws away and a new block. Crazy right?

Another idea is many users toss a phone when one part fails. The camera breaks, USB port stops charging, or the battery dies. With Phonebloks you simply replace it with another, and keep enjoying that smartphone. I upgrade parts on my desktop PC all the time, why can’t I do the same with my smartphone? Using blocks and a base to attach them to, which handles all the rest of the work, it could be done. This is certainly not easy, and will probably never see the light of day, but take a peek at their promo video.

Deep down though, we seriously doubt something like this would ever work to a level that would be successful or even worth the time and effort. All the optimization that goes into each smartphone, SOC, and more really puts this out of reach. The idea is excellent, but fundamentally it just won’t work. But hey, what do we know? More details can be found below.