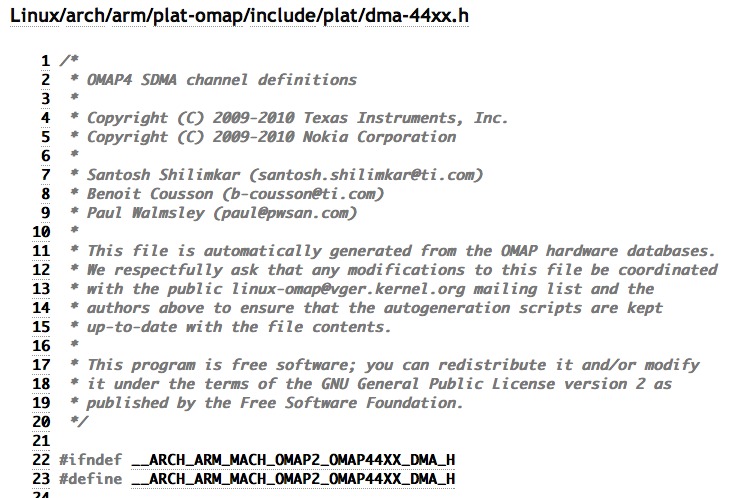 Take a look, if you’d like, at the portal -lxr.free-electrons.com for a Linux file automatically generated from the OMAP hardware databases, one with some spicy previews for what’s to come early this year. In the first few lines you’ll notice some lovely bits that could add up to a spicy new device from two of the biggest names in tech: Texas Instruments and Nokia. A device with an OMAP4 processor – is this the same processor announced back in December 2010 by TI, one with dual-core, 1.5GHz, support for 1080p video playback and conferencing, gesture recognition, two 12 megapixel cameras, and more? I’d bank on yes.

This news bit popped up to us via the Maemo messageboards just moments ago. What will this undeniably exciting and super future powerful device be? And when will it be announced? How about 35 days from now at MWC 2011? We’ll be there – in fact, yours truly will be there at MWC aka Mobile World Congress 2011 so we can be supreme first posters of such info to you, the valued Community. – Thanks for the tip garsim!