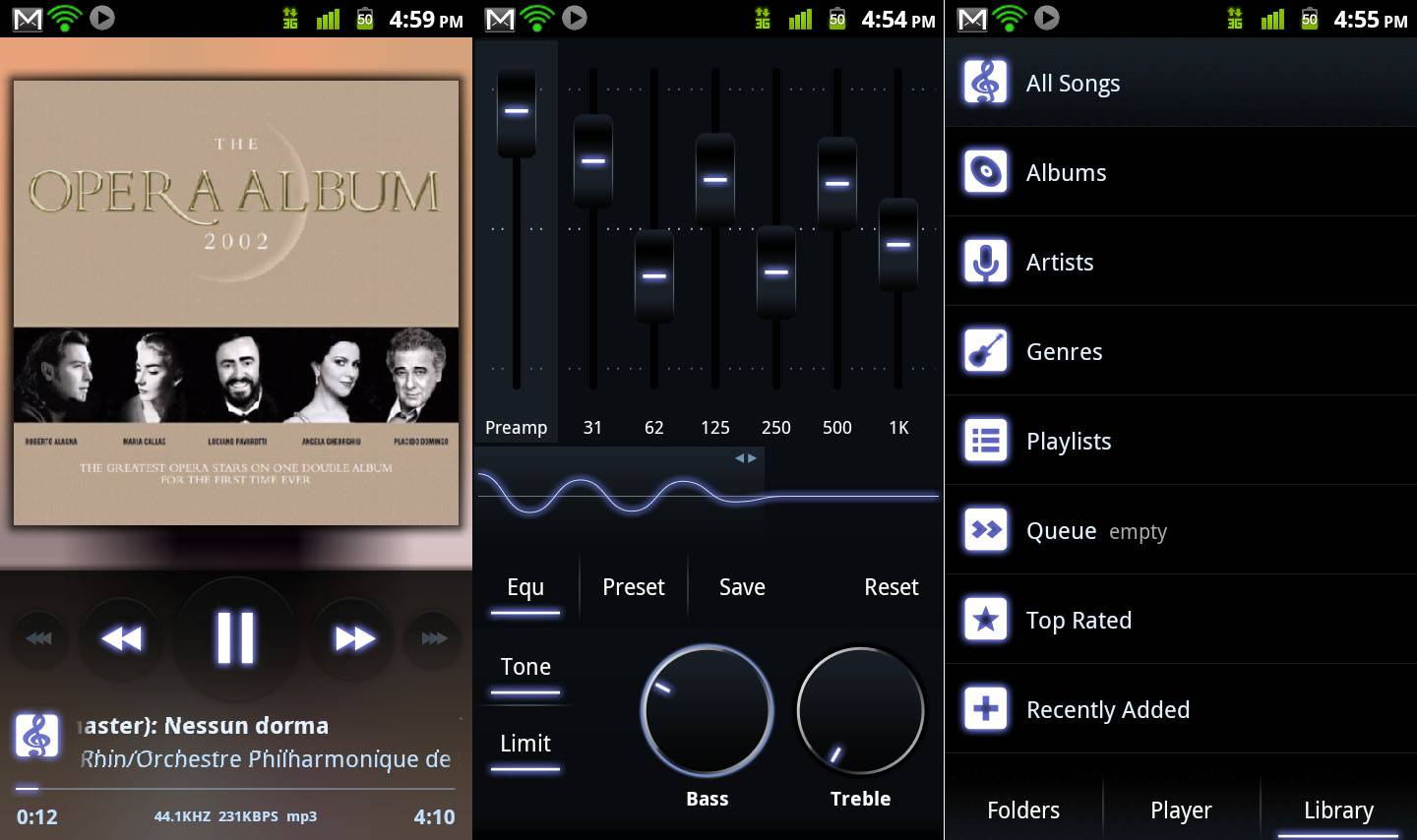 PowerAMP, the audiophile’s Android music app of choice, has gained quite a following since it debuted almost a year ago. Users love the fully customizable equalizer and folder-based library structure. Now the first beta for version 2 is out, and paid-up PowerAMP faithful and new users alike can download it here.

What’s immediately visible is an upgraded primary theme, complete with transitions, blur effects and other goodies. According to the indie developer, Honeycomb tablets will be seeing their own custom user interface in the next version release. An improved landscape mode, enhanced sound quality, better transitions between screens, and a new lock screen interface (though it apparently isn’t playing nice with my custom DROID X ROM). There’s a bevvy of new user-selectable options to try out – pure gold to the average Android and audio tweaker. Head over to the official forum to see a list of changes.

Of course this is an early beta release, so there are some rough patches too. Users are reporting album art display issues, Bluetooth playback gaps, playlist importing problems, and a lot of other small problems. If you’re a long-time PowerAMP user who’s comfortable with his or her music experience, you might want to wait for a more stable release. Then again, if you’re a long-time Power AMP user, you’re probably the kind of person who’d leap on a beta release. Head on over to the link above to download and install the non-Market APK. New users get the standard 15-day trial mode, while those who have purchased the app can enter their license key for full access.