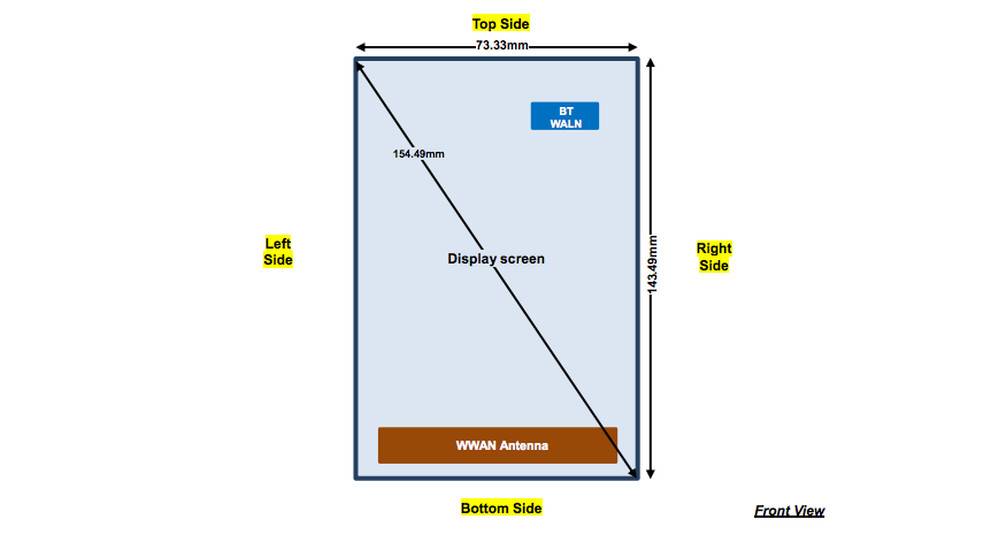 Fresh from the updraft of market love for its product launches at IFA 2014 – namely the Moto 360 and the new Moto X – a possible new Motorola device is headed towards US carrier Verizon, and could be a beast of a phone. The device was spotted in FCC documents with the code name “Quark” and from initial analysis of the docs could have wireless charging and turbo charging.

According to an anonymous benchmark of a device modeled as XT1254, code name “quark_verizon” which surfaced about a month ago – this device could have monster specs. It purportedly sports a bleeding edge Qualcomm Snapdragon 805 2.65Ghz quad-core processor, 3GB of RAM, and an Adreno 420 GPU.

The FCC documents all but confirm that this device – whatever it is – is heading to Verizon. As per the image below, the device is compatible to all of Verizon’s wireless bands, from CDMA2000 to LTE bands 4 and 13, and also includes Verizon signature global roaming GSM bands of 850 and 1900. The FCC document unfortunately does not give us any hint of the specs. But it does mention a possible wireless charger setup, something which we had hoped to see in the new Moto X, but that hope was in vain. 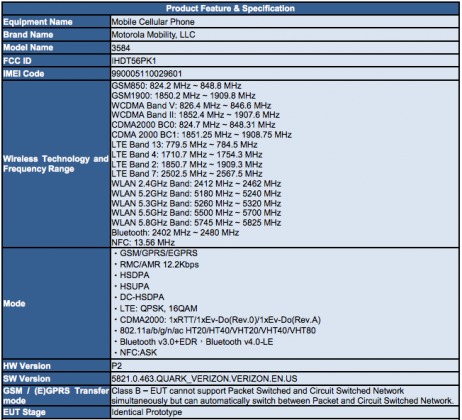 But the software version gives us confirmation – 5821.0.463.QUARK_VERIZON.EN.US – that yes, this is the rumored “Quark” device, and yes, it is heading for the Big Red network. The device is slightly bigger than the Moto X, which leads us to assume that this could be the new DROID MAXX. It’s about time for a refresh of the DROID line, and we’re thinking this could be it. What do you think?