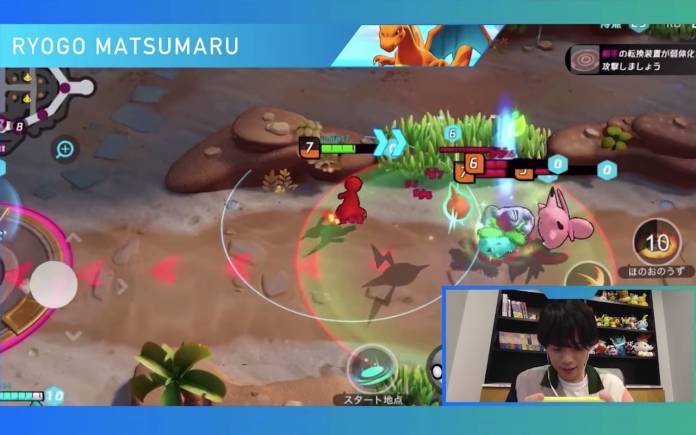 The Pokemon team works hard to keep their place in the gaming community. Just last week, it introduced new games: Pokemon Cafe Mix, Pokemon Smile, and Mega Evolution. We also learned that they’re preparing for the Pokemon Go Fest 2020 as it will be a limitless virtual event. An update is expected to bring raid invites and gift stickers. There’s also the Reality Blending being added to Pokemon GO after more features were added to let us play more from home.

The Pokemon Company isn’t done with sharing the good news. After the livestream where the new projects were revealed, here is another announcement. It’s the project CEO Tsunekazu Ishihara promised he would reveal.

Pokemon Unite is the latest from The Pokemon Company. A long video presentation was shared earlier introducing the new strategic game. The company has teamed up with Tencent to develop the game that can be played ala Mobile Legends.

If you’re a fan of both Mobile Legends and Pokemon, then you will love ‘Pokemon Unite’. The game isn’t done yet but Tencent’s Timi Studios will work on the development. This team battle game aka MOBA is something like Dota 2 or League of Legends too.

Two teams of five players will have to catch wild Pokemon. The goal is to rack up points individually and together to win. Like most MOBA games, you need to finish team battles in Pokemon Unite. Every Pokemon character can level up, evolve, and learn new abilities.

There is no information on the game’s release and availability. We know it will be ready for Android, iOS, and Nintendo Switch. We’ll let you know once more details are in.