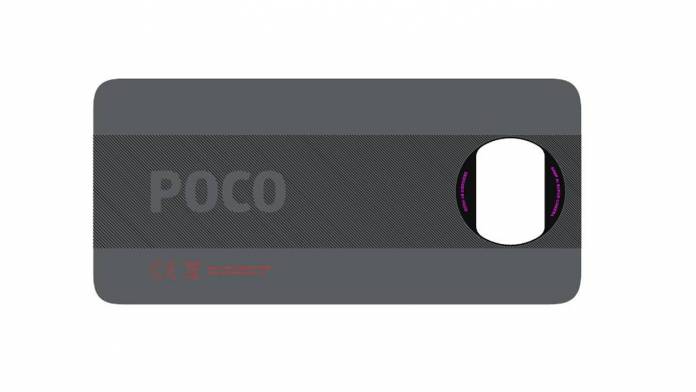 POCO phones are mostly a spin-off of the parent brand Xiaomi’s smartphones with different branding. POCO F2 Pro – more or less the rebranded Xiaomi Redmi K30 Pro is a recent example. For a change, the upcoming POCO X3 spotted in FCCID testing could have a distinct identity of its own. This smartphone could be the successor to POCO X2, which is an upper mid-range device from last year.

According to the FCCID certification listing, the device carrying model number M2007J20CG has the POCO branding on the back and the camera module labeled 64MP AI Super Camera. Going by the documentation, the dual SIM device will have 4G connectivity, Wi-Fi 5, and Bluetooth 5.1 module. J20CT variant of the phone will have support for LTE Band 41 used by Vodafone Idea and BSNL in India.

Going a bit deeper reveals other vital specs of the phone. It will come with a massive 5,160mAh battery paired to a 33W fast charger. The phone is going to run on the MIUI 12 OS skin out of the box. There is a rumor around a POCO device supporting a 120Hz OLED display and the X3 could be that phone. There is another model – M2007J20CT in the report which suggests another variant of the same device or one phone having two different SKUs.

It could still be that the certification listing is of another POCO phone which we don’t have a hint about, but at this point in time POCO X3 is our best bet for this mystery device. More information about the phone is expected to divulge in the coming days, stay tuned.