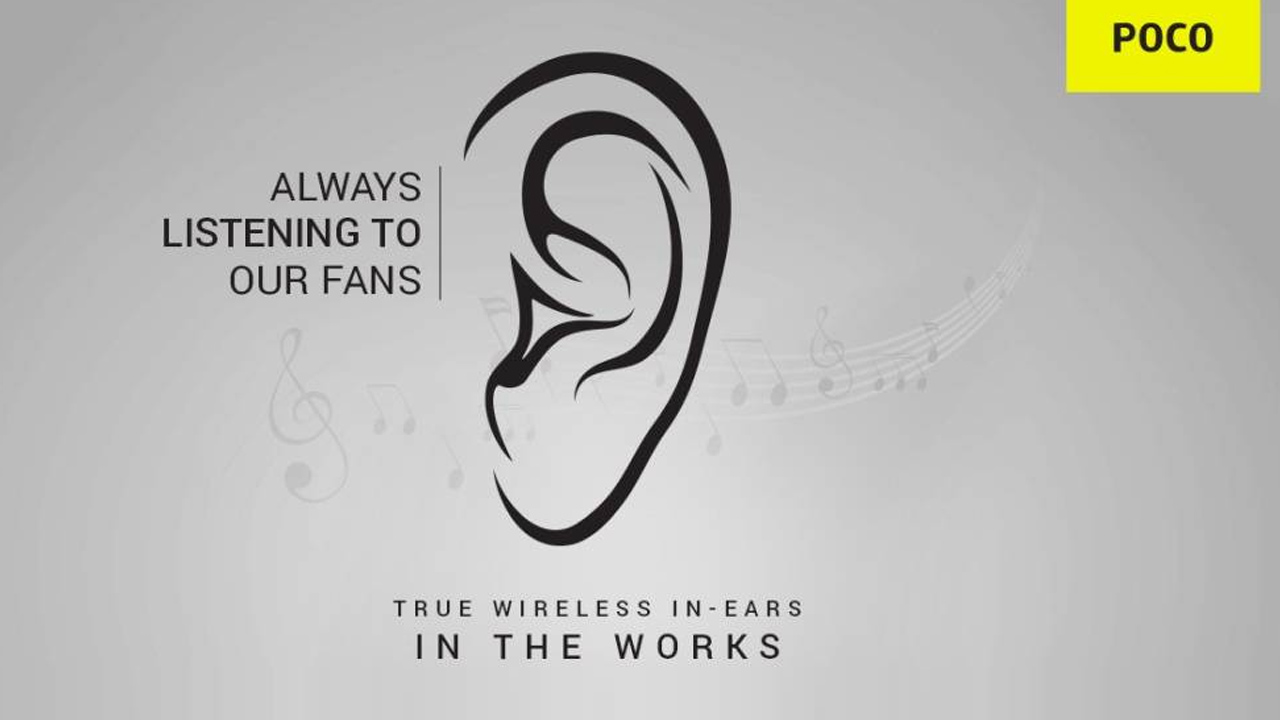 For serious audiophiles, the omission of 3.5mm headphone jack from most of the new smartphones is disheartening. However, for the OEM’s it opens up the opportunity to sell an accessory that virtually everyone would be forced to buy. Yes, the wireless earphones market is growing exponentially and all smartphone makers are coming up with their versions. POCO is also developing TWS (True Wireless Stereo) earbuds dubbed Pop Buds that will be launched in India in the coming months.

C Manmohan, the General Manager POCO in his tweet made it clear that after a fan poll for naming the TWS earbuds, they’ll be called Pop Buds. The name got majority of the votes and it was easy for Xiaomi sub-brand to give them an official name. This is the first time POCO will release an audio-centric product after seeing a sharp rise in the wearable market.

The company has not yet revealed any other information regarding the earbuds. There are no specifications or design details. Perhaps we can expect some more leaks surface in the coming days which will clarify things.

POCO has access to Xiaomi’s R&D service, which means the WS earbuds could be rebranded just like the Redmi K30 Pro is coming to India as the POCO F2 Pro. In this case, it could be the Mi Air Dots 2 SE which could get a branding revamp. The earbuds are priced at $24, so the POCO Pop Buds could be something similar in design as well as pricing.