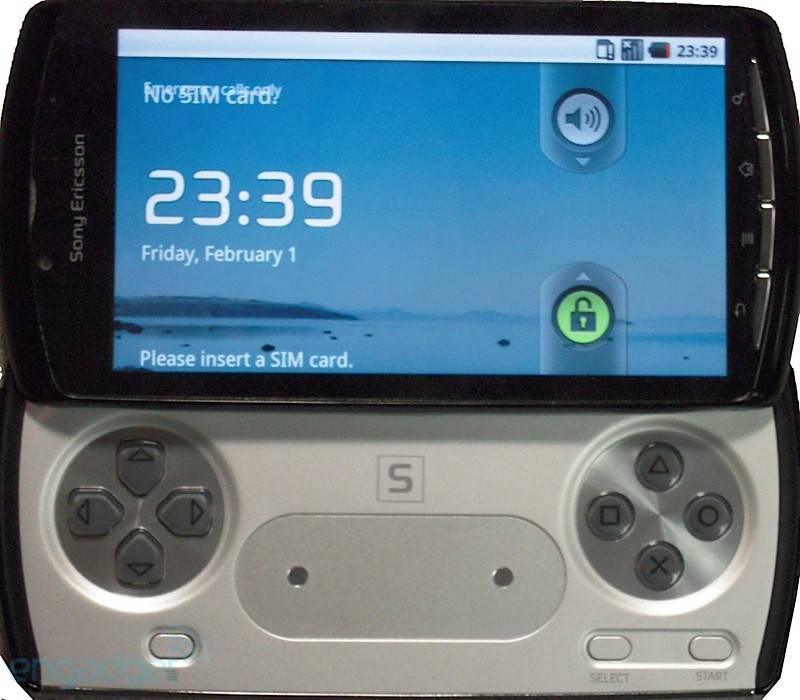 So Sony Ericsson is going to blast out a phone branded with none other than the ubiquitous PlayStation marking on it. The greatest controller ever is being applied to a telephone, and not just any telephone, one with Android 3.0 (looking more and more everyday to be the new Gingerbread.) With it there’s be a custom Sony Marketplace for games made just for this device, 1GHz Qualcomm MSM8655, 512MB of RAM, 1GB or ROM, and a screen ranging from 4.1 to 3.7 inches. That ugly egg thing in the middle is more than likely a multitouch touchpad.

This child supports microSD cards and not a single Memory Stick. Sad! I used to love to draw the Sisteen Chapel on those massive tiny cards. Bummer man! The images you see above and below are courtesy of a source on Engadget and are still in the prototyping mode, and is thus rather buggy. Looks rather like a 2011 release, but as Joshua Topolsky says, there’s lots of time between now and the winter holidays, so keep your toes crossed!

Does this device remind you of anything? Perhaps it appears to be very similar to the device we spoke about in the post Sony Ericsson Bringing Android 3.0 to Handheld Game Console? Yes I think so.