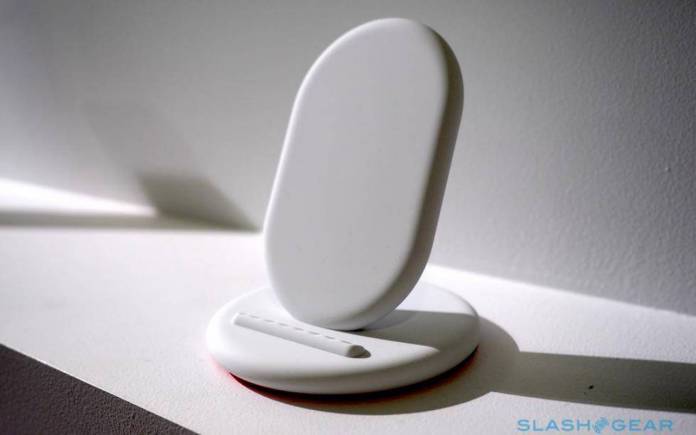 The Pixel Stand wireless charger has been made known to us as early as July last year when the wireless charging has been referenced in the Google app beta. It was teased then spotted and then officially launched together with the Pixel 3 and Pixel 3 XL phones. This wireless charging stand offers speed and convenience to Pixel phones but it’s not exactly perfect. We heard of overheating, as well as, phones shutting down while charging. The issues appear to have been fixed already.

There is also that issue earlier that said the tech giant seemed to be limiting 10w charging of Pixel 3 to Pixel 3 stand. Other issues have been noted but we’ve always been more focused on the Pixel 3 problems.

As for the Pixel Stand, this accessory is being used for charging. It offers Google Assistant integration and shows a new UI on the Pixel 3 XL when docked. It becomes more useful with the Google Assistant so you can use it for a lot of things.

Pixel Stand’s function is limited. The marketed 10w charging capability, as it turns out, doesn’t follow Qi 1.2 specs. This means charging is limited to 5W only on the Pixel 3 and Pixel 3 XL. Charging isn’t fully utilized so it’s somehow disappointing.

Standard wireless charging is supposed to work properly but it’s not the case. Apparently, the case only connects with the smartphone via streaming. Bluetooth or NFC isn’t part of the equation. This limits possible work for developers who may depend on open source platforms like Android.

There are kernel source codes and easy-to-unlock bootloaders that work on Pixels but unfortunately, the Pixel Stand isn’t allowed to work on a custom ROM. Good thing there are genius devs who know to do their magic and search for solutions or workarounds.

Jertlok (Giuseppe Maggio) managed to enable the Pixel Stand and make all of its features to work on custom ROMs. We’re looking at LineageOS or Dirty Unicorns here working perfectly with the Pixel Stand.