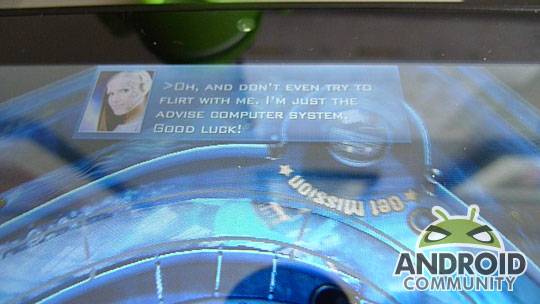 Today is the day that Android finally has the greatest pinball game thus far created for the mobile platform, that being Pinball HD from Gameprom. This game we took a brief look at and reviewed a little bit ago and we raved and ranted about it and everyone had a really great time. That was a demo of the game where only the wild west table was open. Now we’ve got the full version courtesy of our pals at NVIDIA and it turns out it’s better than expected!

If you follow Gameprom’s news feed, you’ll remember a few weeks ago they announced that they’d be making rendering enhancements for the desktop version(s) of the game. Turns out NIVIDA’s Tegra 2 processor is capable of the same situation, thusly this is the most enhanced version of the game in the entire history of the world! Have a look at the video below to see what I’m talking about – very nice flourishes and excellence in detail abundantly present.

Then note how super the game is and how it’s even better than the iPad version and go download it and go nuts because it’s the best. Sorry I’m being so harsh, but here at Android Community we’re serious about our pinball, and if a game doesn’t stand up to our scrutiny, we’re just going to have to let you know. This game is available in the Android Market right this moment for a measly $2.99 – it’s that or a bottle of soda pop.

Better play it safe and buy both.

Also be prepared for a few more fancy additions.