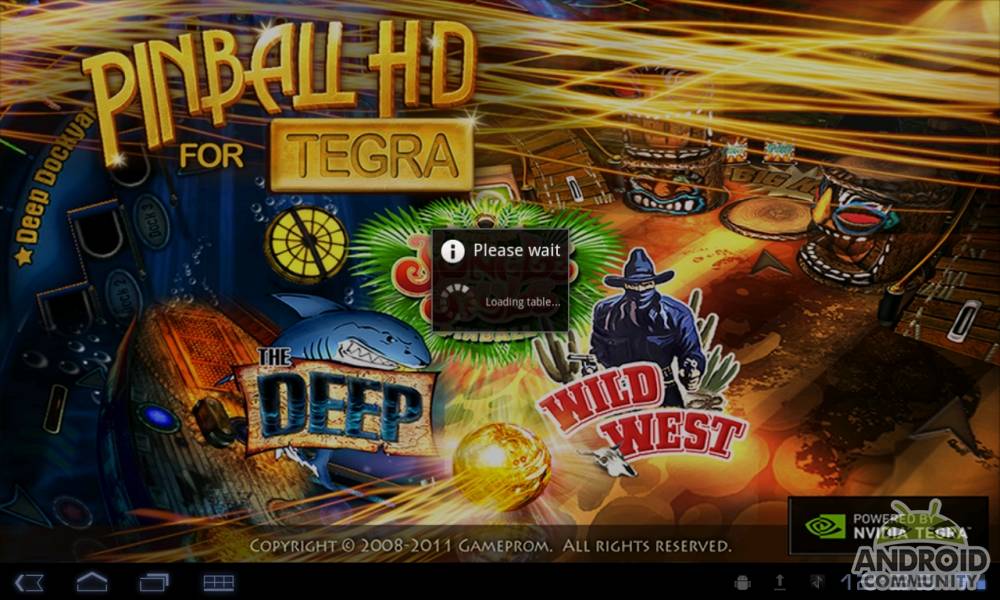 Welcome to the greatest pinball video game collection ever – ever, of all time. I apologize before we begin this “review” on account of my rare but very clear freaking out over how much I love the developers of this pinball series, Gameprom. The first game I ever saw made by Gameprom was SLAYER Pinball. Once I played that, I was hooked, purchasing every pinball game they made since. Unfortunately, none of those pinball games have been out on Android until now. You and I are in for a big treat, as they’re going to release three games all at once, the suite called Pinball HD, and they’re all coming out teamed up with NVIDIA’s Tegra 2 processor – you know what that means? Time for some G-Slate action.

What you’re going to see in this video is unashamed hugging and kissing of this game, so again, be aware before you go in expecting too much bashing. This demo includes a single table, that being a Wild West themed game where your objective is to shoot stuff out and run up some traintracks as best you can whilst hitting the big metal ball with the paddles to collect all sorts of points. You know the drill. The great thing about this game though, is that it’s not like a real pinball machine, it’s better. A pinball machine sits still and you’ve gotta move your head to follow it – in Gameprom’s series of pinball games, it’s the camera that does all the moving. It may make you dizzy at first, but only for a moment. It’s really quite fabulous.

Then there’s the physics. They’re so freaking good. The graphics are immaculate, the sounds and music is excellent, and it all looks great on whichever tablet you’re going to run them on. Every other pinball game that’s come out before now for Android will soon pale in comparison to Pinball HD, that’s just a dern fact. Now what I want everyone to do is sign a petition to get Gameprom to have SLAYER agree to have their pinball game ported to Android also. That’s all I want in life. Best game ever. 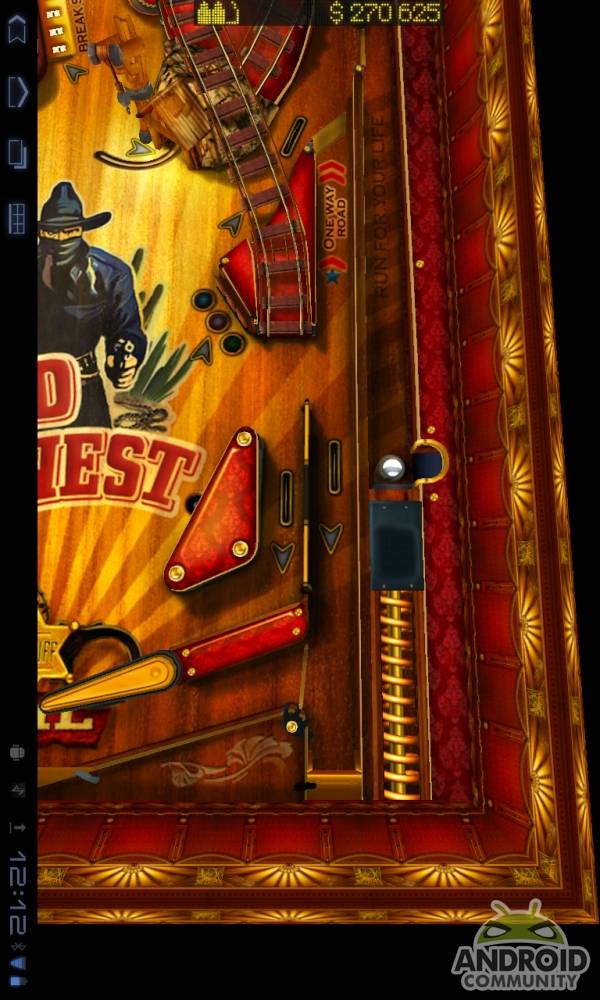 So take a look at the video above, glance through the gallery below, and get all pumped up because this game is coming out very SOON – within weeks, we’re told. Hooray, pinball!