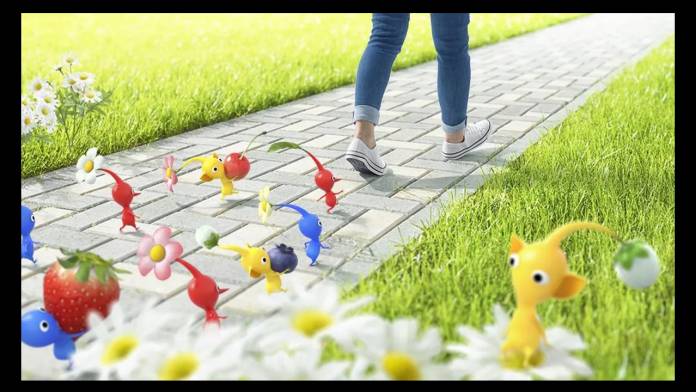 Not many days ago Nintendo and Niantic announced their partnership for an augmented reality Pikmin game, similar to the hugely popular Pokémon Go. As speculated, more details about the much anticipated AR game are coming in – latest one being the testing stint in Singapore. According to firm rumors, the game is going to be called Pikmin App, and some of the features in the early phase may not be there in the final stable version of the app.

Things like the inclusion of micro-transactions and Points of Interest (POI) are almost surely going to make it to the stable version, as and when it is released. As for the gameplay, there will be dormant seedlings that you need to search, pluck and grow with the smartphone as your tool to locate them in AR environment.

The action of walking will juice up your energy bar that can be employed to collect the Pikmin. As a safe bet, it will be apt to say that the POI in the game will be somewhat like the Ingress’ Portals, rather than being similar to the Pokémon Go Pokestops.

Grown Pikmin added to a squad will collect fruits for nectar, which will be used to bloom leaves, buds and grow more flowers or petals. These colored petals are vital for Pikmin who also have life meter needing preservation.

Modes of the game include Expedition mode in which collected Pikmin can be deployed to previous locations for collecting fruits and postcards of real-world locations submitted by Pokémon Go and Ingress players. Flower planting can be done solo or in co-operative mode with friends.

Players can keep a tab on their progress by going to the Lifelong section where they’ll get access to stats, photos and recordings. What has surfaced so far looks interesting, and when the app finally launches later this year it will be interesting to see what new elements are there. For now, players in Singapore can get first-hand experience by jumping to the pre-registration webpage right away.