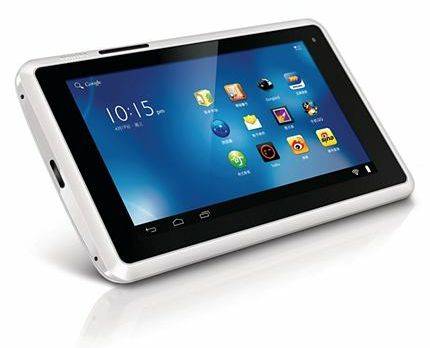 Philips recently announced its plans to offer Android 4.0 in their new line of 7″ tablets. Initially only slated for introduction in China, it’s not known if they will make their way to the US market. Though not the first to use the 4.0 software, they are going a different route with its processors.

Where most manufacturers are using primarily ARM or 86x processors, Philips has gone with the MIPS processor. Philips is not the first to use this combination of MIPS and 4.0,the Ainol Novo 7 being one of the original devices doing it. Google has taken notice of the expanding use of the newer MIPS based units and is promising more support with their software.

Looking at the 2012 line up of new tablets from Philips, we can get some specs on the pending releases. Resolutions appear to be either a 1024×600 pixel or 800×480 pixel depending on model. Also there will be support for the different media types including MP4, H.264 and WMV. Projected battery life is going to be 4 to 5 hours for the new devices. Philips has been introducing many new products recently that support Android devices so this move just seems makes sense.