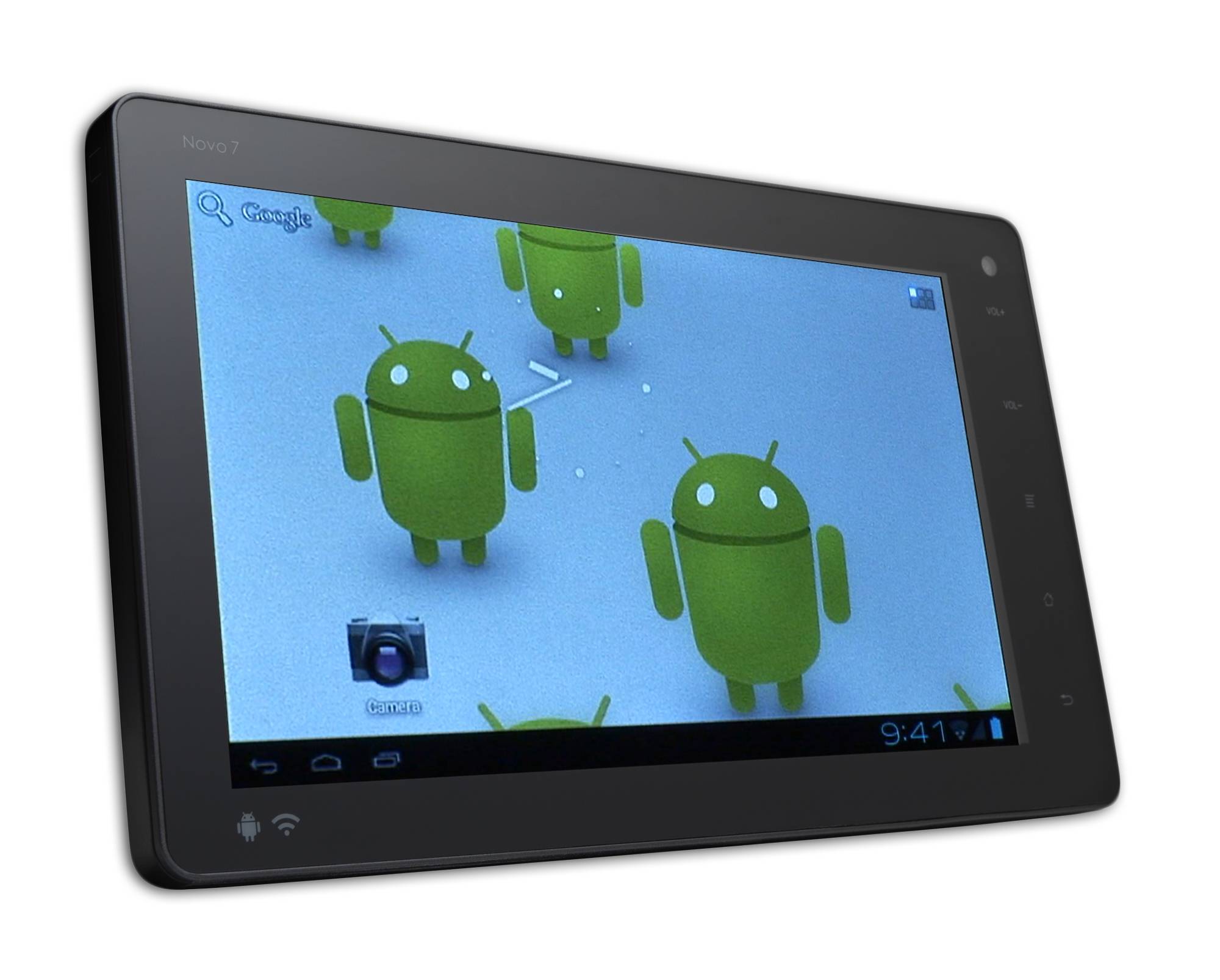 Android’s open source nature lends itself to a staggering variety of form factors and price points, but if Chinese manufacturer MIPS Technologies is to be believed, it’s breaking into the low-end in a huge way today. The company is promoting its brand new NOVO7 device as “the first Ice Cream Sandwich tablet”, and has priced it at a staggering $99 USD. The specs aren’t amazing and the hardware won’t turn heads, but if you’ve got to have ICS right now (and can’t bring yourself to try out a custom ROM) this would seem to be the cheapest way to do so.

The NOVO7 is your basic 7-inch cheapo tablet, not altogether unlike the Polaroid models that were on sale everywhere on Black Friday. A “power-efficient” 1GHz processor it twinned to a 444Mhz GPU. A 2-megapixel rear camera and a front-facing cam of indeterminate quality cover the absolute basics. The 7-inch screen is thankfully capacitive, not resistive, but the marketing materials omit a resolution – I’d guess either 1024 x 600 or 840 x 400.

The manufacturer is quick to tout the tablet’s low-power status, claiming a power draw of less than 400mA during web browsing and a 30-hour standby time. An actual mAh battery rating is absent, but you get expandable storage via the microSD card slot. The tablet comes with 4GB of on-board storage. Wireless is limited to WiFi, but MIPS highlights support for “external 3G”. Obviously the Android Market is nowhere to be seen, but the ad mentions Google CTS Certification, so you can probably get the Market, Gmail, etc. running if you’re up for a little aftermarket hacking. The NOVO7 will offer support for Gameloft titles, including the pre-installed Spider-man. 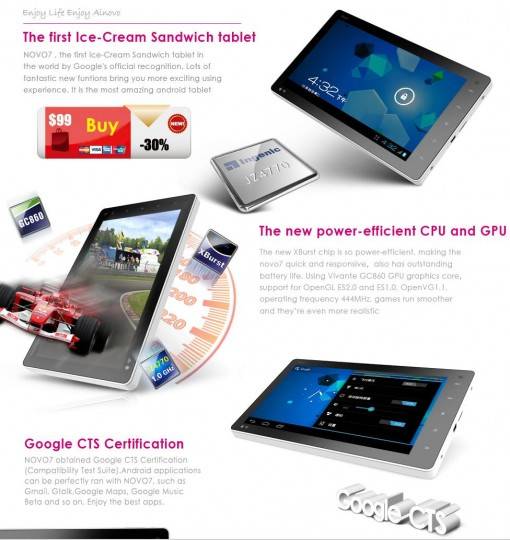 So, how do you get one? Just click on the “$99” link on the image-only website to be directed straight to a PayPal order form. But be ready for a nasty shock in the form of $60 shipping and handling, bringing the total price up to $159. That’s Nook Color territory, and even considering that it ships straight from China (with no assurance of a date, by the way) it seems a little stiff. I’d steer clear of this one for your holiday shopping, and wait for ICS tablets or updated software from more established brands. But if you’re feeling adventurous, head on over there and check it out. This is only the first of many Chinese ICS tablets set to hit the market very soon.