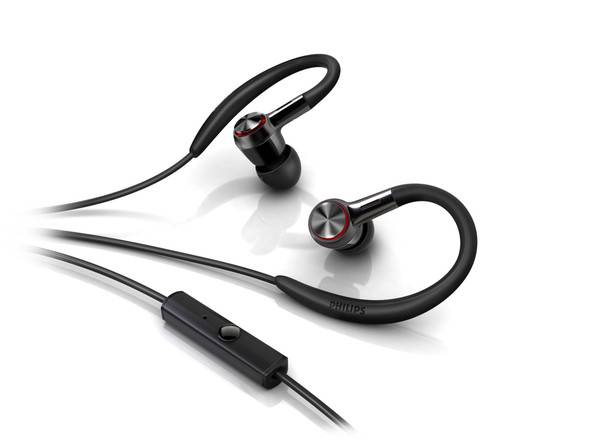 With Android kicking bot and taking names as far as market share goes, it was only a matter of time before Android-specific accessories became a commodity. Philips helped kick things off with its Fidelio Android speaker docks (read our review here!) and now they’re taking it a step further with a full line of headphones and headsets made specifically for Android hardware. They’ll come in at between $30 and $100 when they launch in late spring or early summer.

On the low end, you get the SHE7005A, a pair of standard earbuds with an in-line microphone for $29.99. The cheaper models feature an 8.6mm driver and passive noise reduction – i.e., a fit good enough to block out some external sound. The SHE8105A use the same audio hardware with a pair of ear-hooks and a gold-plated plug, for an extra $10. The SHE9005A earbuds will retail for $49.99 with 10mm speakers, a metal housing, foam earpieces and a tangle-free cord.

The best of Philips’ offering is the SHL9705A, a full around-the-ear headset with 40mm speakers, foam ear cushions and a folding design for portability. Having used some of Philips’ folding cans before, I can say that these are nice and durable. The $100 headphones/microphone are made of a fetching aluminum outer shell.

So what makes these headsets Android-specific? Philips is releasing an Android app to help control the audio settings of the range directly, with equalizer settings and device-specific sound profiles. You can also launch the app from the in-line remotes, or use them for the standard play/pause/forward/back functions. Currently Philips says the app works with Samsung, HTC, Motorola and LG phones. It’ll be a free download in the Android Market (just like the Fidelio dock app) when the headphones launch later this year.