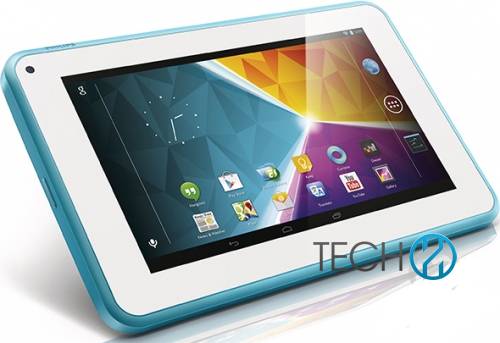 It’s been more than a year since we last heard about Philips planning on launching a new Android tablet. Since then the consumer electronics manufacturer has practically fallen off the Android radar. This latest leak, however, puts the company back on track with its Amio tablet that surprisingly sports acceptable hardware for a budget price.

Just to make it clear, this is definitely a low-end tablet. It has a 7-inch display that supports a rather low 1024×600 pixel resolution. No indication is given on the panel technology used, but given how things go, it will most likely be a TFT screen. It has an unnamed 1.5 GHz dual-core processor. It will be interesting if it turns out to be MIPS-based, in line with Philips’ plans last year. RAM is capped at 1 GB, which sounds just about right for tablets in that range.

Things get slightly better from there, though, which gives the Amio tablet a bit of a mid-range streak. It has a storage capacity of 8 GB, quite good for the price, and is even expandable via the micro SD slot. It even has a micro HDMI port for video output. The battery is a good 3000 mAh, though battery life is something still to be determined by actual usage. Philips is boasting of a FullSound audio feature on the tablet, which it claims improves audio quality via digital signal processing, something you don’t see on your run of the mill budget tablet. It also runs Android 4.1, which, while definitely not the latest Jelly Bean, at least partly improves the device fragmentation problem.

Of course, the price tag is what makes the Philips Amio a budget tablet. The device is expected to hit European markets at 100 euros, which makes it around $135 when converted directly. No news yet on when its availability and whether it will arrive in the US at all.