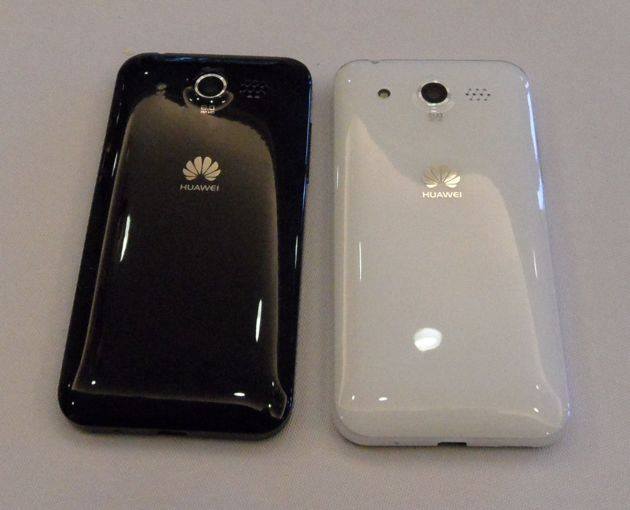 This is one of those times when you should get excited about an oddity. You know good and well, if you’ve been following along diligently, that yours truly loves the oddness, and when that oddness comes out arms swinging with a 4-inch 854×480 pixel resolution display, 8-megapixel camera, and Android 2.3 Gingerbread in tow, it’s time to report. What this device is known as is the Huawei M886 aka Cricket Glory or Huawei Glory. From now on let’s just call it Glory. It’s got a 1.4-Ghz single-core processor and it’ll cost you under $300 pre-paid. Sound like the deal for you?

If you’ve been following along with Cricket and Huawei recently, you know they’ve already scored a massive hit with the Ascend earlier this year. This device has blown through the market like a cool breeze on its “Cheapest Android Phone on the Market” catchphrase, selling out of the MetroPCS stores like hotcakes. The latest update (or should I say limit) on that device has been the upgrade to Android 2.2 Froyo, and you know what that means – they need a Gingerbread device!

Thusly they’ve brought forth this device, the Glory, a single core device as opposed to the dual-core revolution going on now in the market, but with Gingerbread, upgradable to Ice Cream Sandwich when the time comes, and a bit of the ol’ affordability to boot! This device will be being released on Cricket this November (2011) and PCMag has had the opportunity to handle a pre-production model so that they might get an idea of the build and capabilities of the device pre pre pre production. 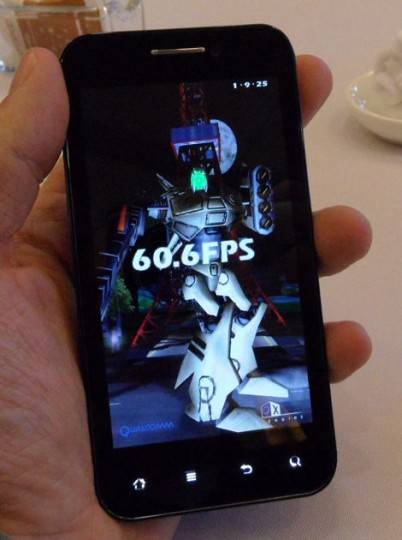 NOTE: Huawei has told Sascha Segan, our good pal at PCMag, that this device has a 1.4-GHz Qualcomm MSM8655T processor which they say is dual core. This is confusing because Qualcomm’s spec sheet for that processor says that it’s a single core design. What’s REALLY going on it unknown at this moment.

What Sasha had to say was that this device is indeed the next step in a long line of glossy bar-style smartphones. The back has a unique layer of clear plastic over a white base which gives the device an oddly enticing look. The entire device, Sascha notes, is 9.7mm thick at its thickest, though feels larger because of its square edges. The entire device also is made of high quality plastic and some unknown brand of glass for the front. The TFT LCD is said to be unusually bright, there’s a giant 1900 mAh battery inside, and there is indeed a custom user interface, though a small bit of customization is fortunately all that’s going on. 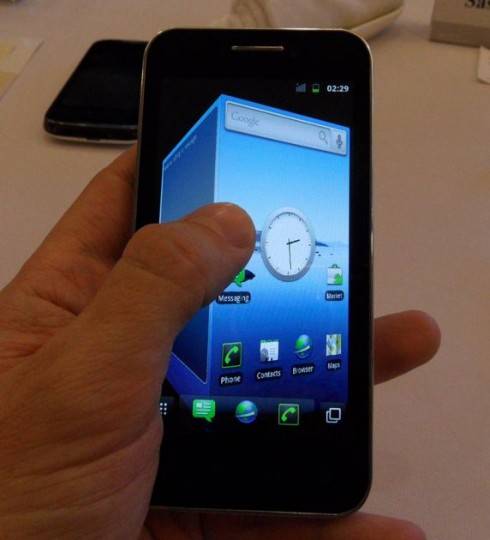 This device has Wi-Fi capabilities, Bluetooth, GPS, the 8-megapixel camera on the back has autofocus and LED flash, inside you’ll find 2GB or memory along with some sort of memory card slot we can only assume is microSD. This device in its current state has EVDO Rev. B but will ship with Rev. A for Cricket in the USA, and there’s no HDMI output, but Huawei has mentioned to Sasha that they’re preparing some “surprising” media solutions that they weren’t ready to reveal quite yet.

This all comes amid news that Huawei will be wanting to ship five MILLION smartphones in the USA this year at the same time as they release at least six new models to the market. This device, the Glory, is amongst those devices and is a pre-paid phone which will, at the same time, both keep its profile low and its sales high. Have a peek at some pics above and below!