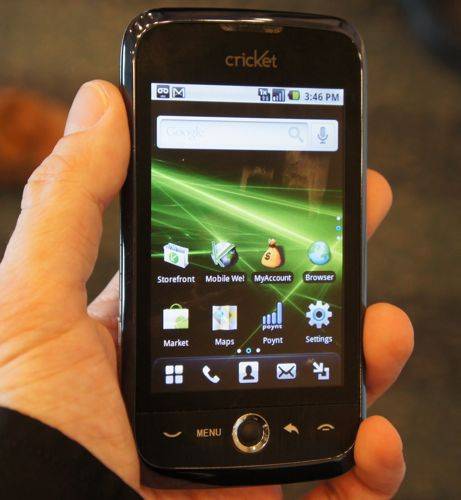 We are starting to see more and more Android based phones coming to the prepaid market. First with Virgin’s Samsung Intercept and now with Cricket’s additional Android handset, the Huawei Ascend.

The Ascend is an entry-level Android 2.1 based handset that Cricket will begin selling (without contract) this October.

The phones features include:

If you recall these specs are strikingly similar to the HTC G1, which to today’s standard isn’t mind blowing, but you can’t complain for a unsubsidized $149 device. Saving you even more money if you choose to go this route for your Android fix, Cricket also offers up some of the cheapest smartphone plans. A monthly plan with unlimited talk, text, and web will only set you back $55.