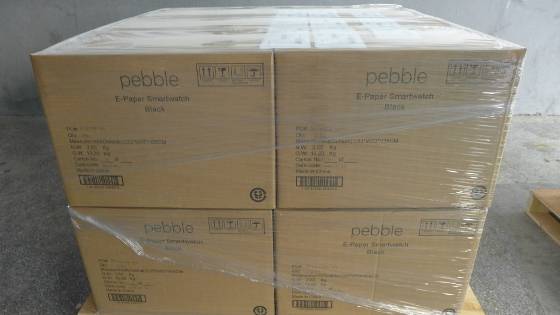 During CES we learned that the Pebble e-paper watch had gone into mass production and would begin shipping on January 23. And well, coming just as had been promised — the first batch of Pebble watches will begin shipping today. The details come by way of the folks at Pebble who have offered confirmation of the shipping as well as other details about the Android app and some production notes.

In terms of this first batch of Pebble watches shipping out — that is less than 500. The details on this include some having been held up by documentation at the airport which caused a delay in getting to the fulfillment center for shipping. The good news, more are “expected to ship soon.” The other catch here, some that may have already received an address confirmation email will still have a few days to wait before a tracking number arrives.

First shipment aside, those with a Pebble in route will likely want to get things up and ready as quick as possible and that may include having the app downloaded and installed prior to arriving. Simply put, the Pebble Android app will be available by way of the Google Play Store on January 24. 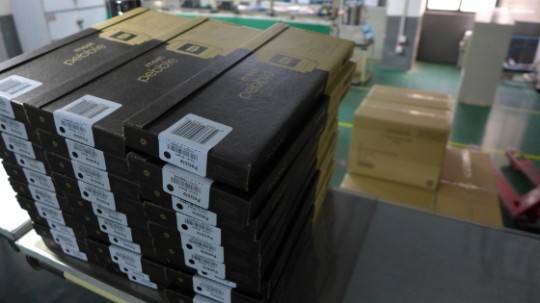 Finally, moving over the to the details on production. They are currently producing about 800 – 1,000 Pebbles per day and are “working hard” to get up to full capacity, which would be 2.4k per day. Pebble watches coming off the assembly line have a 5-7 day delay before arriving at a fulfillment center for shipping and at the moment, they are doing batches of one color at a time. Needless to say, given the black was the most popular, that is the one being worked on at the moment. Finally, for those with a colored Pebble, no timeline was given and instead it was noted that they are doing their “best to bring production of other colors on-line as soon as possible.”