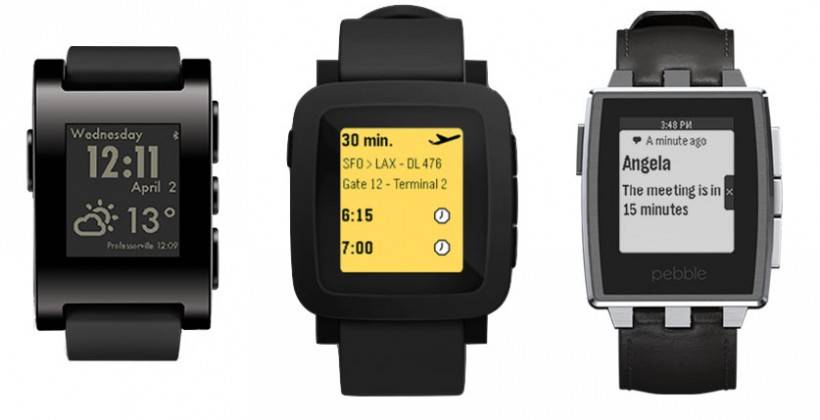 Rumor has it a Pebble smartwatch with a color display is inbound, and following nicely along with such speculation is a new leaked image showing what is probably the official update (it has since been pulled, but the image survives). In the leak we see a Pebble wearable with a yellow display, and though the shot is front-facing, preventing us from seeing it all, the wearable’s overall design has been updated. Whether it is the real deal is yet to be seen, but we won’t have to wait long to find out, with Pebble’s event coming up shortly.

The leaked image first surfaced via 9to5Mac, which spotted it on Pebble’s own website (making it pretty solid leak). That image has since been replaced by one featuring a pebble — a lowercase literal fresh-from-the-stream pebble — resting on someone’s wrist. Amusing, and too little too late. 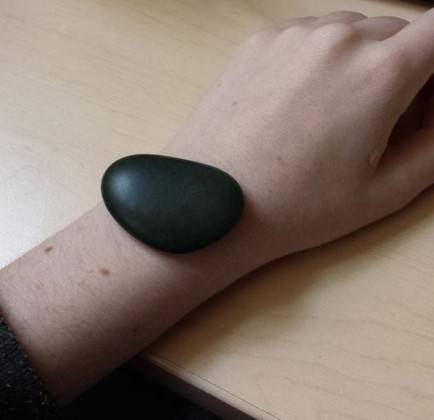 Rumor has it this new color-display Pebble will also be thinner than previous versions, something that can’t be determined either way from the image above; it is also said to be toting battery life akin to that available on the first-gen Pebble, though that is likewise unconfirmed at this point.

Rounding out the speculation is the new Pebble’s innards, which are said to sport a 6-axis gyroscope, a microphone, and a Cortex M4 processor. Also, as previously heard, word has it the software has been revamped with a new design that’ll help it (hopefully) survive in the increasingly sophisticated world of wearables. This includes changes to how it looks, new animations, a timeline view, and more.