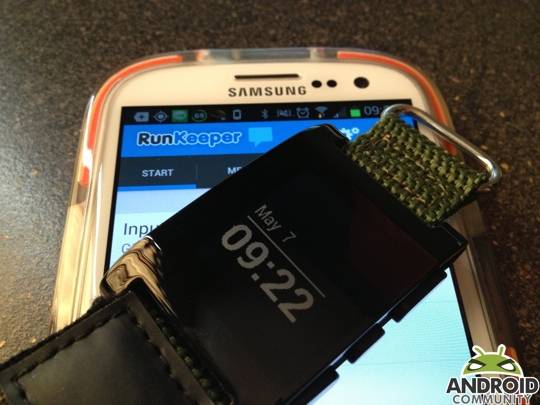 Those using the Pebble smartwatch with RunKeeper received a decent update last week. As of today however, it looks like the folks at Pebble have some additional SDK related news. The announcement is for the PebbleKit, which is being described as the “next stage of the platform.” Basically, this release will allow for two-way communication between your smartphone and the Pebble.

The average user will not see anything immediately, however this will allow developers to create apps that communicate back and forth. Some examples include news and weather apps, an emergency beacon activator, Facebook and Foursquare app check-ins and even remote controls for other internet connected devices.

The other side of this announcement deals with the Pebble Sports API. This is what we are already seeing with RunKeeper and FreeCaddie, however the public release of this API means we could see similar functionality coming to other sports related apps in the future. Looking back to the RunKeeper support, it was said that more than 13,000 Pebble users have connected.

This all of course, ties in with the release of the SDK from back in April. That SDK allowed third party developers to create watchfaces and games. The folks at Pebble have said 8,000 developers have downloaded the SDK since April and that more than 5,000 watch apps have been created. Furthermore, those 5,000 watch apps have lead to 300,000 installs.

All said and done, while this is not going to change anything today, it does give some hope that Pebble will further improve over time. We look forward to seeing additional app support and to see which apps will enable the two-way communication. And as a follow-up, I can say that weeks later, I am still happily wearing my Pebble.