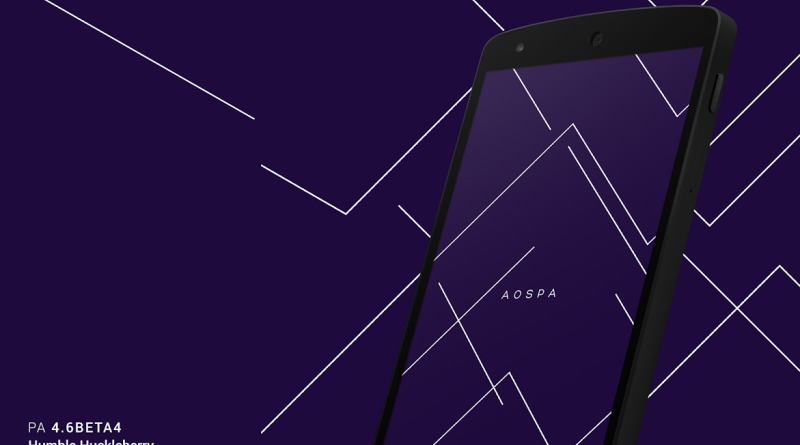 Due to some technical difficulties, Paranoid Android had to delay the fourth beta of their 4.6 release series. Fret not PA fans, as that update is now upon us. For a slight change, this release doesn’t focus on the Dynamic Status Bars, lovingly called DSB. Instead, it gives a bit of polish to the Quick Settings tiles feature. And as a bonus, Paranoid Android is introducing a new default wallpaper, one that has the project’s AOSPA moniker clearly emblazoned for everyone to see and enjoy.

Unlike the vanilla Android experience from Google, custom ROMs such as CyanogenMod and Paranoid Android allow users to customize the Quick Settings tiles to their heart’s content. PA even goes the extra mile and makes some of those tiles “flippable“, exposing controls on both “sides” of the tile as needed. What’s new in this release is that all tiles are now treated as equals. Previously there has been a demarcation between standard tiles, those that you will always see no matter what, and temporary ones, transient tiles like alarms that only pop up depending on the settings. Now you can mix and match as you please, ordering them how you see fit.

Another addition in this release is a new PA wallpaper with the AOSPA name on it, Paranoid Android’s formal name, which stands for “Android Open Source Project (Paranoid Android)”. Now, art is really a matter of subjective taste, so this new design might not sit well with some users. Of course, you are always free to change that. Moving forward, however, this will be the default that users will see when installing this version of PA 4.6. The wallpaper will also be listed first in Google Now Launcher’s selection of wallpapers and can be found under the “Backgrounds” category of other launchers.

Just as PA 4.5 was all about the redesigned Recents View, PA 4.6 revolves around the new DSB. This (optional) feature updates the background of either the status bar or the navigation panel, or both, to match that of the window underneath. This was done to give PA a more Material Design feel on any app even while remaining on Android 4.4. Paranoid Android 4.6 Beta 4 is now available for download and so far no new officially supported device has been added to the ROM’s roster.