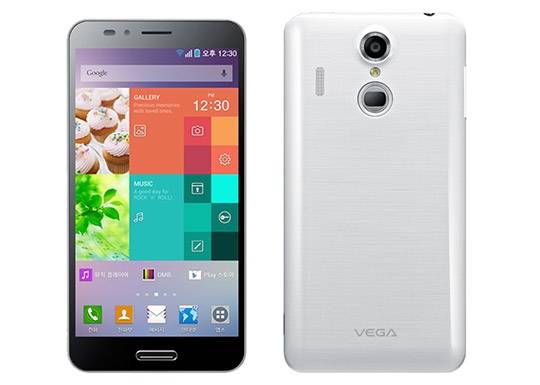 Pantech announced the Vega Secret Note back in October and more recently, it looks like they have unveiled the next device in the Secret family. This one didn’t bring the stylus, however it did keep the fingerprint sensor on the back. The handset is the Vega Secret Up and it has a 5.6-inch display and Qualcomm processor.

Getting specific here, the Vega Secret Up sports a 5.6-inch 1080p display and 2.3GHz Qualcomm Snapdragon 800 processor. Some of the other specs for the handset include 2GB of RAM and 16GB of internal storage along with a 3150 mAh battery, WiFi, Bluetooth and GPS. Pantech has this one running Android 4.2.2 Jelly Bean and with a 2 megapixel camera on the front and 13 megapixel camera on the back.

The Vega Secret Note has 3GB of RAM and 32GB of internal storage. Otherwise, as for the ‘secret’ aspect. This comes as a privacy mode and basically means those around you will not be able to read the display. This is sort of a privacy screen that means the display is viewable for those looking directly. As well, the fingerprint scanner can also reveal hidden data and lock/unlock the device.