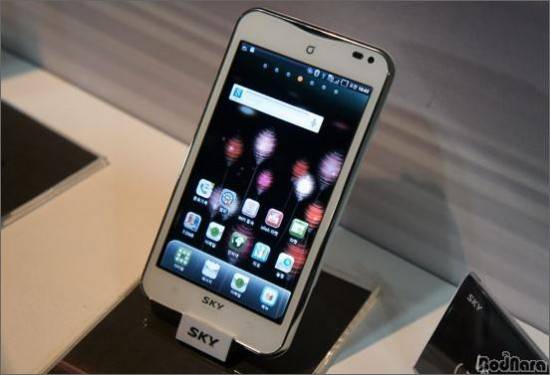 In my opinion a 5″ screen is smack dead in the middle of the dead zone that exists between tablets and phones. While the Dell Streak used this same screen size, it was far from the being a top seller, mostly because people thought it was just too big. If you’re going to get a tablet, 10.1″ seems to be the magic number, but at 7″, both the Nook Color and Samsung Galaxy Tab are great tablets. A 5″ device though, leaves you wanting more screen as long as you’re going that big to begin with. It appears that Pantech and I don’t see eye to eye.

Korean blog Bodnara has gotten us a first look at Pantech’s Gingerbread powered Vega No. 5. The umm… “device” will be jumping into the space, which had been home exclusively to the Dell Streak (with Samsung’s Galaxy S Wi-Fi 5 soon on the way as well). The tablet/phone is pretty decked out with a spec sheet as strong as we’ve seen. 1.5 GHz dual-core Snapdragon, 1 GB of DDR2 RAM, dual cameras (8MP in back), 16 GB built in storage and NFC will make this a beast of a whatever it is when it lands in China and Korea later this month.

Where the weirdness starts is the screen. With specs this top-of-the-line and a screen that big, its weird to see the Vega No. 5 be announced with a WVGA resolution of 800×480, especially given the increasing prominence of qHD, and the increased screen size to stretch those pixels across. What really gives this phone its identity crisis though is that it is said to have “phone capabilities.” With tablets already struggling in some cases to find their roll (aside from being awesome) this seems like an interesting trek down that road of ambiguity Dell’s already gone down.

Obviously people out their are disagreeing with me, as phones like the Infuse 4G and the rumored Samsung Hercules test the waters between the 4.3 and 5″ ranges. Unfortunately there’s no news about this, seriously I still don’t know what to call it… about the Vega No. 5 coming to America so we’ll have to wait and see if it can show me I was wrong about the 5″ size range.