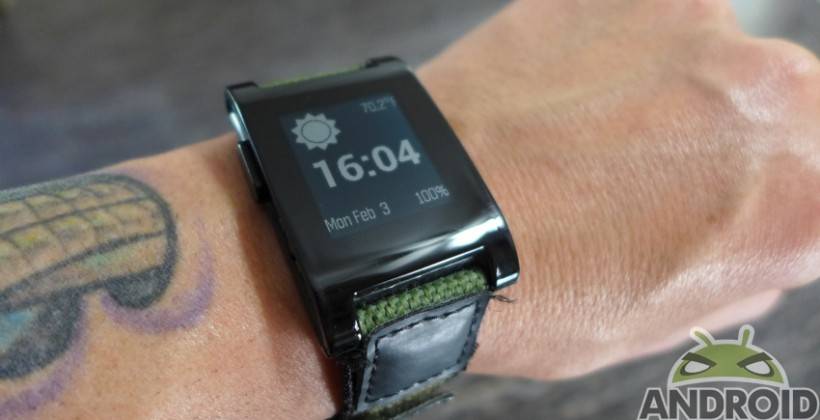 A Pandora app has arrived in the Pebble appstore today, but there is a bit of a catch for Android users. The app has arrived with support for the latest iOS (v5.3) release and for now Android support is simply listed as coming soon. We’ll be on the lookout for the Android release, but in the meantime we are getting a look at what can be expected.

Pandora users will be able to view and change stations as well as skip, pause and resume tracks. This setup will also allow users to see track information and thumb songs up or down. Bottom line here, Pandora Pebble controls should cover the basics. The image sitting below should also give a good idea of what can be expected in terms of looks. 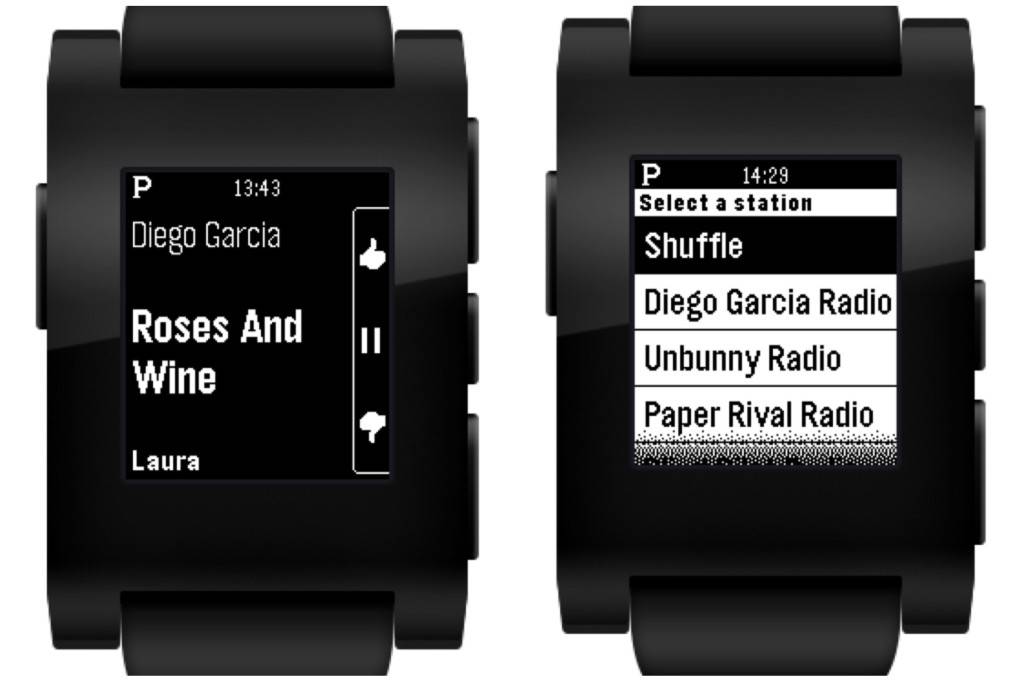 It appears they are making good use of the three-button setup with the middle being for the music controls (skip/pause/resume) and the upper and lower buttons being for the thumb up and down. Once available, Android users will be able to find the Pandora app using the Pebble app on their smartphone.

This of course, comes as a follow-up to the Pebble 2.0 release which came back in March. The 2.0 update added support for the appstore and we’ve been watching the app situation fairly close. The watchfaces have added functionality such as Pebble battery percentage, the ability to display weather from your smartphone and more. Those looking to get started with Pebble apps may want to check out the top five list we put together earlier in the month.