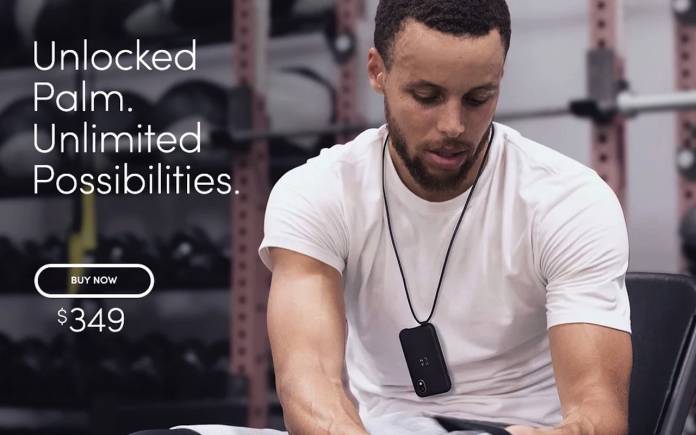 Palm is back. Well, the brand has always been around jumping from one company to another but it’s going all out now with Steph Curry helping. That’s correct. From Vivo, the NBA Superstar is now endorsing this tiny smartphone we first featured same time last year. Palm OS phones were initially rumored to be in the works with Verizon and TCL confirming the good news a few months later. The device simply works as a secondary smartphone. This exclusive “companion” phone from Verizon network is getting a new version which can work as a stand-alone device.

The new Palm was up for pre-order back in June. It’s no longer just a companion phone. It can be used on its own.

We even suggested your child can have it as his first phone. It can also be your secondary phone to be used just for making calls or sending texts. Don’t expect too much though because this is a very basic phone.

The Palm phone comes now unlocked so you can enjoy unlimited possibilities. This means it’s no longer exclusive to Verizon. You can use any other SIM whether postpaid or prepaid in the US like T-Mobile or AT&T among others. It supports 2G, 3G, and 4G connectivity. (Buy unlocked HERE)

Choose from either the Gold or Titanium version. At the moment, it’s only ready for those living in the United States. US Mobile currently offers special data plans for Palm users starting at $5 per month. The phone is still at $349.