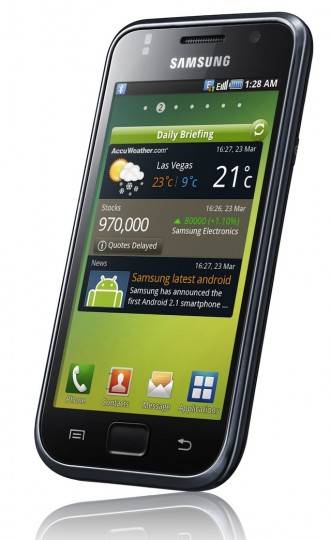 The folks over at SamFirmware.com have gotten their hands on the official build of Gingerbread 2.3.4 for the Samsung’s GT-i9000, better known as the Galaxy S. While users of the European model of the Galaxy S have been rockin’ Gingerbread since mid April, this update brings a couple handy new features to the latest major release of Android (for phones at least). So why should you update? Well we’d be happy to tell you…

First let’s clear up that this is only for the GT-i9000, meaning the European version of the Galaxy S. This is not meant for, or tested for any of the American variants, and we can’t say that it won’t brick your phone if you try using it. If you DO have the original, non-carrier branded Galaxy S then this update brings all the joys of 2.3.4. Of course Google’s most publicized feature in this update was the addition of voice and video chat to Google Talk. Another cool feature is compatibility with the Open Accessory APIs. This might not matter to many people, but if you’re a techie who loves Arduino, then this opens all sorts of cool possibilities for you to play with.

The less exciting, but no less important aspect of the 2.3.4 upgrade is the security fix it brings. If you remember back in May, there was talk of a security flaw in Android which could be exploited to steal info when authenticating over wireless networks. While Google says they rolled out a global fix for this to android phones, the fix was built in to 2.3.4, giving you a little extra piece of mind.

So if GTalk video chat is too much to pass up, you’d like the extra piece of mind (mind you the security patch should have already rolled out to your phone by now), or you’re just feeling adventurous, SamFirmware has the download for the European Galaxy S.