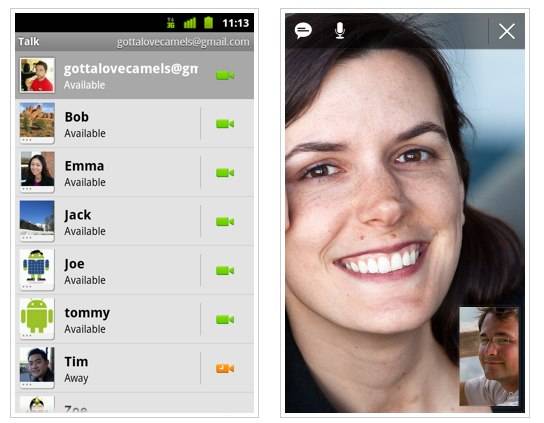 The latest Gingerbread update, Android 2.3.4, as a treat for fans of Google Voice. Users can now use the Voice Chat app to make video calls. And not only to Android devices but also to Google Talk users on PC and Mac. And unlike Facetime, the app can use 3G and 4G networks rather than just Wi-Fi.

To make a call, users just go to the Google Talk app and press the video chat icon next to a contact’s name. In addition to making video calls, users can also send text messages that are incorporated into the video screen. Users can also continue the call, audio only, while using another application. The feature is currently running on Nexus S phones, with more Android Handset coming in the near future.

Wow. It’s yet another category that the bot is passing Apple by with. When first introduced the FaceTime feature on the iPhone 4, it was a fresh new feature, but it could only work on WiFi. Now, with applications like Google Talk, Skype, and Qik offering video chat not only over WiFi, but via 3G and 4G networks with Android, video chat is becoming a competitive feature set. The real question though is, with data caps in place by all wireless providers, how often will it be used?