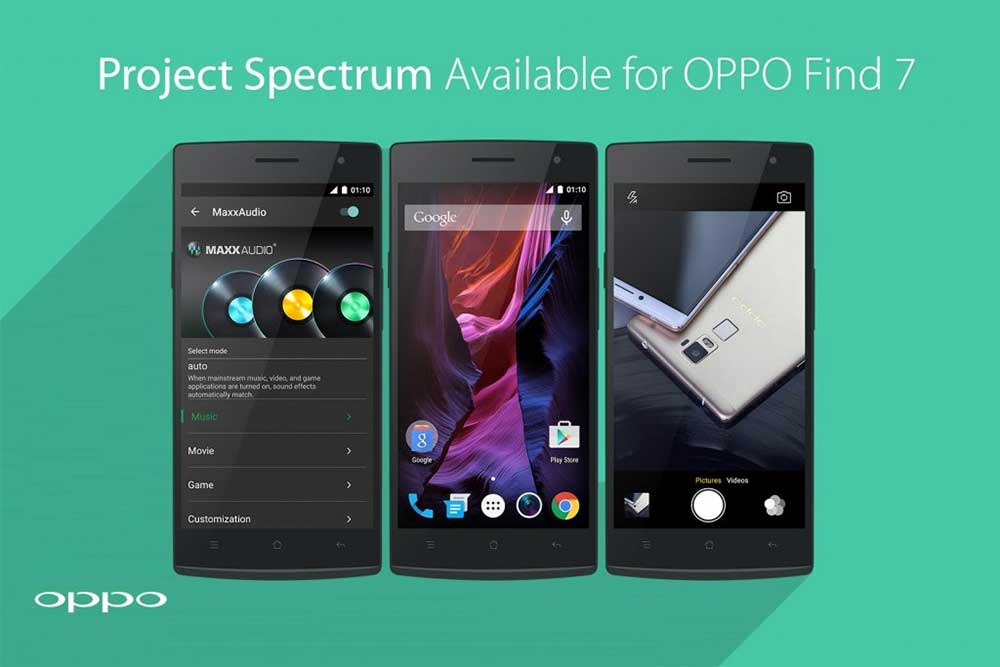 This seems to be the world’s problem with devices coming from Chinese manufacturers – the hardware seems OK, but the way the software is laid out and executed is just not that appealing. What works for the Chinese market does not necessarily work globally. Here, Chinese manufacturer OPPO did something novel – it has tried to give a version of its Android software closer to stock Android and called it Project Spectrum. The project is now spreading to other OPPO devices after initially debuting for the Find7 device.

The bad news right up front, you still have to install Project Spectrum builds manually – there are no OPPO devices that come with it out of the box, that’s still ColorOS territory (OPPO’s proprietary Android build). But the good news is, more OPPO devices can now enjoy near stock Android look and feel with Project Spectrum (“colors”, like ColorOS, geddit?). The project has now spread to the OPPO Find7a, R5 and R5s, and the R7g.

The versions vary in code names, but most of it are based on Android 5.1.1 Lollipop, except for the R7g (an Australian variant) which now has Project Spectrum beta V1.0i based on Android 6.0 Marshmallow. Jumping from ColorOS to Spectrum usually entails booting your phone to recovery mode and flashing the downloaded builds from the links below. Follow the instructions here. For moving the project forward, OPPO are now looking for Project Spectrum testers for the OPPO R7s.

Project Spectrum is a lot closer to AOSP (Android Open Source Project) in look and feel, although it retains a number of OPPO ColorOS apps and features, like the screen-off gestures, the ColorOS camera app, and MaxxAudio. Check out the links below to download the latest builds.