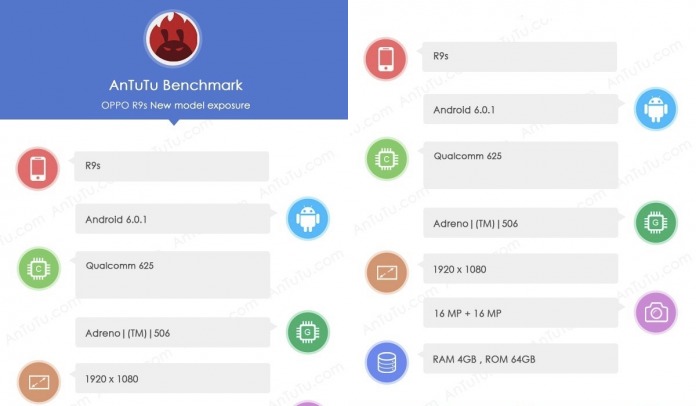 OPPO has already sent out press invites to the official launch of a new flagship phone in China. We’re excited to see on October 19 the new R9S phone whose leaked images we saw just last week. It will arrive with the higher-specced R9s Plus. We’ve seen it on TENAA earlier and some images were leaked already.

The new OPPO duo is being leaked in China in several promo leaflets and TV commercials. It seems that the OEM is serious in advertising the new Android smartphones. Perhaps it’s taking advantage of Samsung’s bad luck. It’s either that or the company is just amping up its strategies which is always a good thing.

To review, the OPPO R9s will feature a 12MP camera with a Sony IMX398 sensor, 16MP front-facing shooter, Qualcomm Snapdragon 625 processor, Adreno 506 GPU, 4GB RAM, 64GB storage, 5.5-inch screen, 1080p display, and a 3010 mAh battery. Oppo has its own VOOC superfast charging technology so the smartphone will arrive with it.

As for the R9s Plus, we’re guessing it will have a bigger screen, about 6-inches, and better specs than the standard variant plus a higher RAM, bigger storage, or larger battery. OPPO is expected to be busy next week as the new R9S and R9S Plus get featured.