A few decades back, you were considered pretty cool if you had a flip phone and those who owned one would constantly open and close theirs just to show off their device. Cut to a few years later and basically, clamshell phones or any phone that could fold onto itself are basically non-existent. But Chinese brand Oppo seems to want a revival of this kind of smartphone, even though the folding design this time around is different.

A prototype of this smartphone has already shown up, and while it may remind you of the old flip phones, this is more like a tablet that can be folded. It has a hinge in the middle so that the device will of course be smaller when folded. It doesn’t show a bendable piece of screen though, as it looks like there is a separate (or continuous?) display on each side of that hinge. But other than that, there seems to be no details available about the kind of device they actually want to make, except that it will run on the Android platform.

They are not the only ones looking into a foldable device of course. We’ve reported before that Samsung has also been creating prototypes after getting patents of a bendable display. The difference is that there are no hinges and it’s the display itself that bends and it doesn’t fold back into itself like the Oppo prototype does.

Despite there being a prototype already, there’s still no guarantee that Oppo will be able to create something for mass distribution. And it still looks too wide to put into one’s pocket, even when it’s folded. Let’s wait and see if they can still improve on it or if something will actually come out of it. 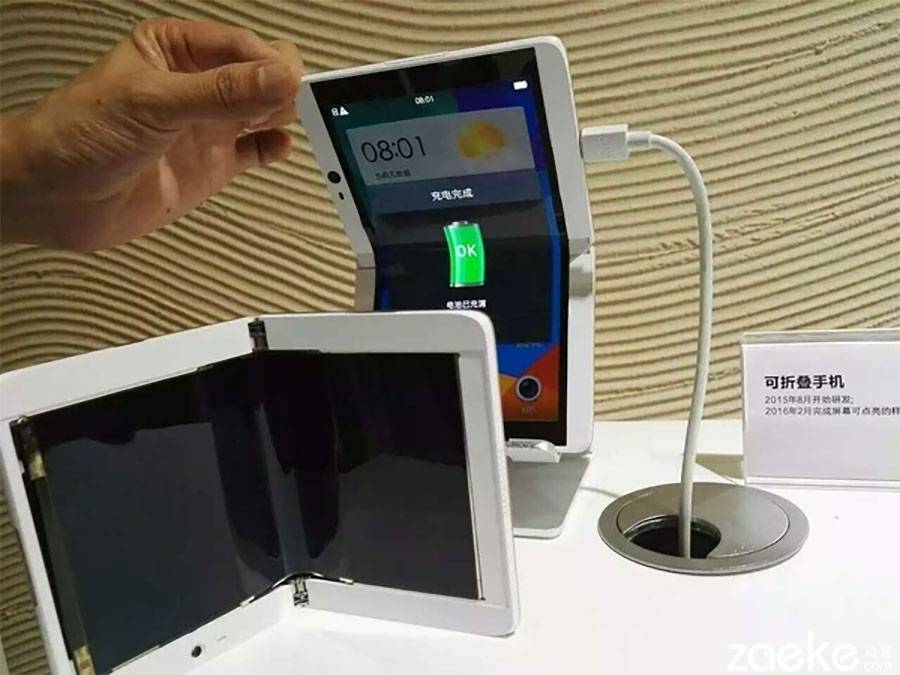