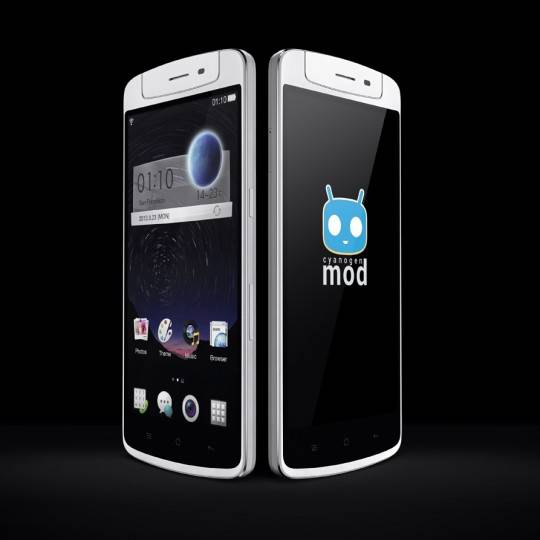 OPPO announced the N1 smartphone back in September. That announcement ended a series of rumors, however it didn’t answer every question that needed answering. For example, OPPO talked about a regular model N1 and also a limited CyanogenMod edition. Well, it looks like OPPO has since returned with some of those answers. To begin with, both versions of the handset will be available from December.

The limited edition CyanogenMod N1 will ship with a specially designed case with the mascots. In this case that would be Cid for CyanogenMod and Ollie for OPPO. This model will also have a “unique CyanogenMod packaging” as well as some CyanogenMod stickers included in the box.

Otherwise, while the regular model N1 will not be running CyanogenMod from the first boot — it shouldn’t be hard to get up and running. This model will have CyanogenMod pre-loaded and the handset will support the installation directly from the stock recovery. Or in other words, those with a non-limited edition N1 will be able to flash CM without having to first root and install a custom recovery.

Further touching on the December availability, we have yet to see a full list of markets, however OPPO has said the handset will “ship internationally.” That all being said, regardless of whether you get the limited or non-limited edition model, the hardware will include a 5.9-inch 1080p display, quad-core Snapdragon 600 processor, 2GB of RAM, Adreno 320 graphics, a 3160 mAh battery and 206 degree rotating 13 megapixel camera.