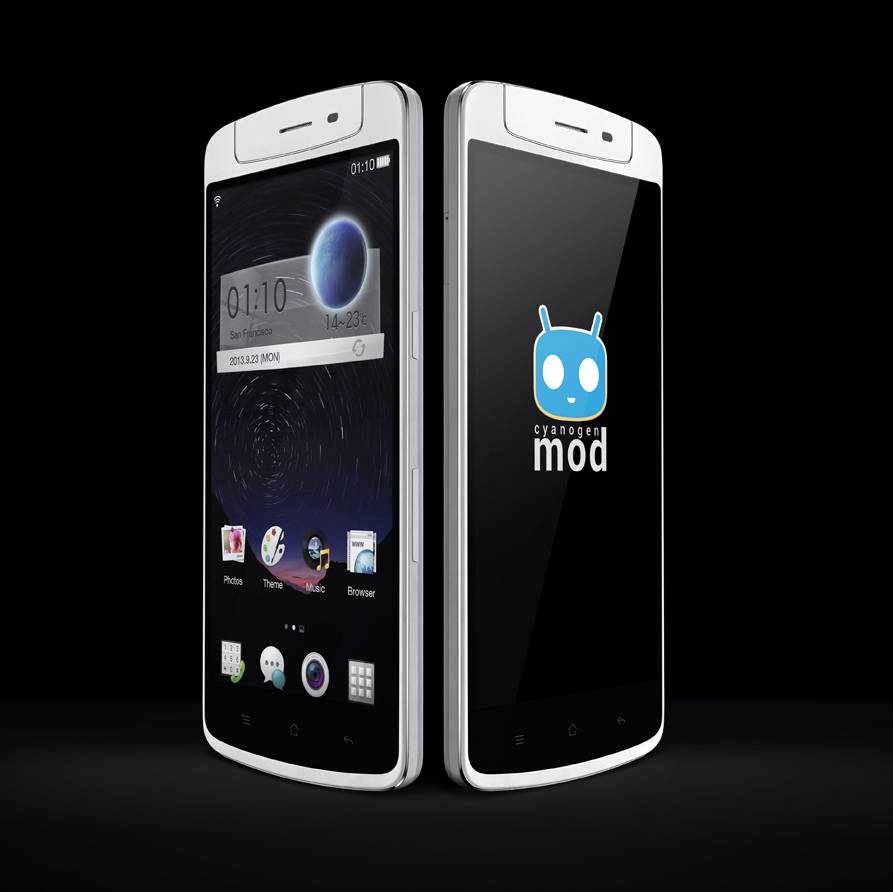 As we had been expecting, the OPPO N1 has been officially announced. There is some time before the handset will be available for purchase, however OPPO has offered a full set of specs — including details on how the handset will be the first to ship with CyanogenMod preinstalled. First things first though, the specs and the breakdown of the different models and availability.

The folks at OPPO are touting the N1 as bringing “innovation in choice.” This is the part that deals with CyanogenMod and Color. And for those not as familiar, Color is the name of the OS the OPPO N1 will ship with. Color is described as being a “unique Android operating system with over 400 unique features and improvements over stock Android.” Perhaps key for some, Color is based on Android 4.2.

In terms of Color and CyanogenMod, the international version of the N1 will ship with Color as well as the ability to flash CyanogenMod from the stock recovery. There will also be a limited OPPO N1 CyanogenMod Edition that will ship with CM preinstalled. Moving past the operating system and we also learn the OPPO N1 will be available in a 16GB and 32GB model and the handset is expected to arrive in early-December.

Aside from being 13 megapixels, the camera is also able to rotate — up to 206 degrees, which makes this the first smartphone with a rotating camera. Finally, OPPO also has something called the O-Touch Panel and O-Click Control. The former is a 12cm rear-touch panel that allows for scrolling, tapping and even capturing images. The latter will allow you to remotely capture images using a Bluetooth connection. The O-Click Control also works as a device finder.