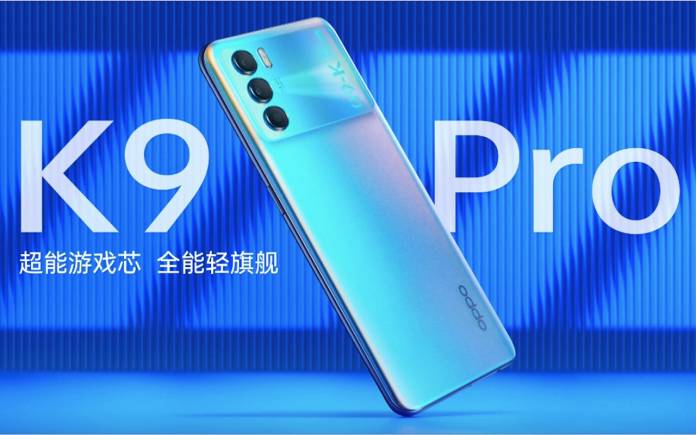 The OPPO K series is still available. Recently announced is the OPPO K9 Pro that comes after the OPPO K7x. The new phone has just been released in China with almost premium specs. The phone has gone official with 60W fast charging tech and Dimensity 1200 processor by Mediatek. The smartphone also boasts a decent, large 6.43-inch OLED display with 120Hz refresh rate and a Full HD+ resolution. There is also a 180Hz touch sampling rate, 430 nits of brightness (up to 800) and HDR10 support.

The Dimensity 1200 chipset was also used by OPPO on the Realme GT Neo. Even the OnePlus Nord 2 runs on the same processor. The device features a triple rear camera system with 64MP primary + 8MP ultrawide + 2MP macro shooter. The 16MP selfie camera is also a standard.

OPPO K9 Pro runs 4500mAh battery just like the OnePlus Nord 2 and also the Realme GT Neo. This one hits 60W fast charging which is the fastest from OPPO so far.

For mobile gaming, a chamber cooling system helps cool down the device by 17 degrees Celsius lower. The phone runs on Android 11 topped by ColorOS 11.3.