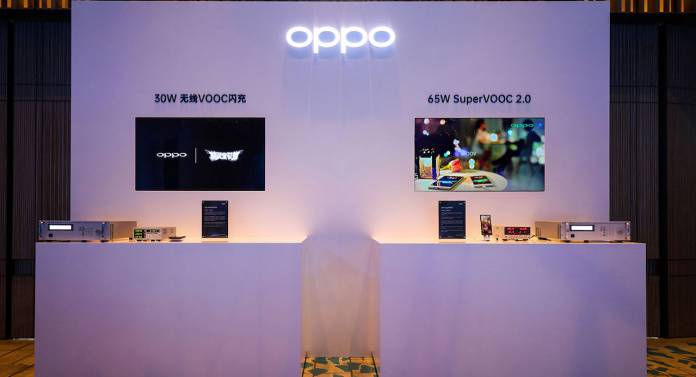 OPPO is not only known for smartphones. The Chinese OEM works on different technologies and innovations that other companies can also use. The latest work we heard had something to do with a new file transfer system. OPPO was working on it together with Vivo and Xiaomi. There’s also the Dual WiFi project with Vivo that is now being tested. OPPO is also known for coming up with interesting designs that other OEMs actually follow. When it comes to charging technologies, OPPO is popular with its very own VOOC.

OPPO’s flash charge team executive Zhang Jialiang is proud of the VOOC Flash Charge technology. He said, “it has reshaped the way people view charging and allowed OPPO to bring the ultimate charging experience to more than 145 million users worldwide to date. In the future, OPPO will continue upgrading VOOC, SuperVOOC and Wireless VOOC to meet user needs in various scenarios.”

The three are different but they all offer the same thing: fast charging. Let’s start with VOOC Flash Charge 4.0. This one will be available on the OPPO K5. It’s the next-gen Flash Charge solution which is mainly a full upgrade from the previous version.

The 30W Wireless VOOC Flash Charge is for wireless charging. Its speed is on par with the VOOC wired charging ao you know it’s one of the fastest and the best in the market today. It’s also compatible with QI standard.

The 65W SuperVOOC Fast Charge 2.0 will be available on the upcoming OPPO Reno Ace. It’s the most advanced today. How fast? In can fully charge a 4000mAh battery within half an hour (30 minutes). This one also offers enhanced safety and improved charging performance.