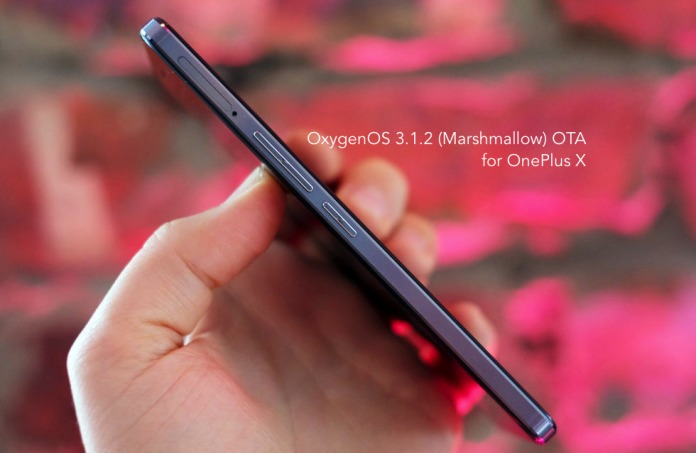 Didn’t we just report on the OnePlus X getting the OxygenOS 2.2.3 OTA update last week? Well, more good news as the 3.1.2 version is finally ready. This one brings the Marshmallow goodness which now then leads us to our next question: when will the Nougat version arrive? We can patiently wait for that one while downloading this OTA update for the mid-range OnePlus phone.

You will also see the new app permissions, new Alert Slider settings, OnePlus Gallery, and OnePlus Music Player. This one already implements the October Android security patches plus other major bug fixes. Expect the rollout to be slow and incremental. Don’t worry if you haven’t received the OTA yet because it will arrive.

Meanwhile, more people are also curious as to when the Nougat version will rollout for the OnePlus 3 flagship. In an AMA Reddit session, OnePlus noted that it’s already “actively working” on the next version. No mention when the official release will be but we have a feeling it will be ready before year 2016 ends.

OnePlus is always quick to send out updates, sometimes, even when we least expect it. If you can’t wait for it, you are free to install Android Nougat on the OnePlus 3 via a CyanogenMod ROM. It’s unofficial but good enough for the adventurous geeks who always want early previews. It’s a risk but hey, that’s Android for you.