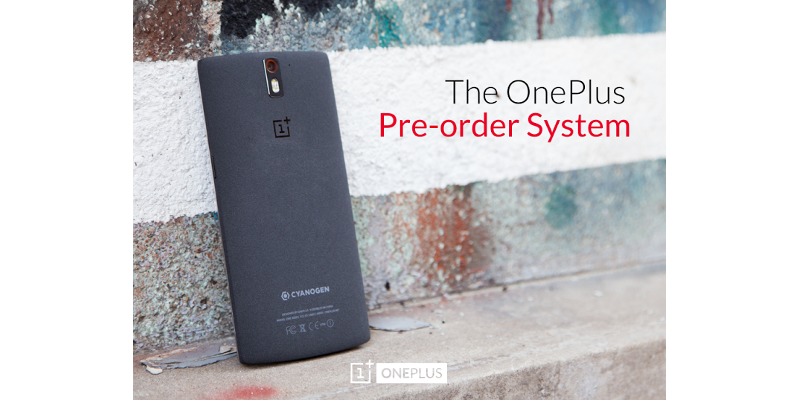 Giving in slightly to the demands and complaints surrounding its invite-only system, startup OnePlus has decided to try out a new pre-order system. Don’t get your hopes up too much, however, as this won’t happen until October and even then it will be for a still undisclosed limited time only.

The exclusivity of the OnePlus One, for a time, served to build up hype around the admittedly admirable smartphone. But as time passed, it became an Achilles’ heel that is starting to tarnish the company’s reputation. It doesn’t help that just yesterday they announced that they are halting the availability of bamboo back covers, further disillusioning their fans. OnePlus tries to justify this invitation system by explaining that they are still just a small company and that they can’t really afford to have any miscalculation that leads to an excess of inventory, which could eventually lead to the company’s bankruptcy and closure. Since they believe that they have more to offer the mobile market, they want to stay in business a lot longer and this exclusive system was the only feasible option for them.

That said, they acknowledged how inconvenient or even impractical it was for some who just want a OnePlus One, so they are embarking on a little experiment. Starting next month, interested buyers can put an order for the smartphone and, if stock is available, it will ship ASAP. If not, the order will become a pre-order. In either case, OnePlus promises to give the best approximate date and won’t charge buyers until the device actually ships. And for those who put an order but got an invite before the smartphone ships, they can cancel the pre-order and use the invitation instead so that it will ship immediately.

While it might offer some reprieve, this new pre-order system isn’t a closed case yet. OnePlus hasn’t disclosed how long the pre-order will remain open and, if inventory is their problem anyway, there are chances that it might not last long at all. Plus, it won’t even start until October, which means there is still a chance that the company will scrap the idea because of supply issues. And based on OnePlus’ recent performance, that is a possibility, even if slightly remote.