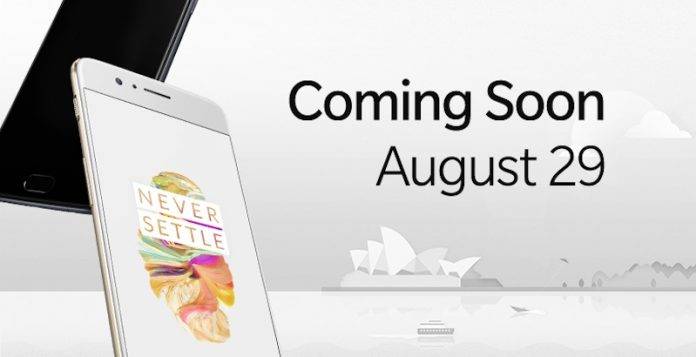 Australians who were looking forward to finally getting their OnePlus devices officially were happy to hear that the Chinese OEM will be doing a soft launch down under soon. Well, wonder no more when this will happen as they have announced that the soft launch program will commence this coming Tuesday, August 29. And to start off what seems like a market test, they will be launching their current flagship, the OnePlus 5 and all the variants and colors that come with it.

However they emphasized that the prices they have indicated for the soft launch “are not indicative of future prices of our products in Australia. “ This is probably either just an initial offering (like they did with the soft launch in other regions) or they’re feeling out what the price range that people will go for in Australia. Whichever variant that you choose to buy will come with a OnePlus 5 Sandstone Protective Case.

They will be offering the OnePlus 5 with 6GB RAM and 64GB storage in either Slate Gray and Soft Gold. It will cost you A$599. Meanwhile the slightly more expensive one, the 8GB RAM with 128GB storage, will come in either Midnight Black and Slate Grey colors and you would need to shell out A$699. For this trial run, stocks will be limited as they’re still testing out their product and supply chain.

This September, they will also be having some fan meet up events in Sydney and Melbourne, to introduce a new brand that may not be that familiar to some people in the market.