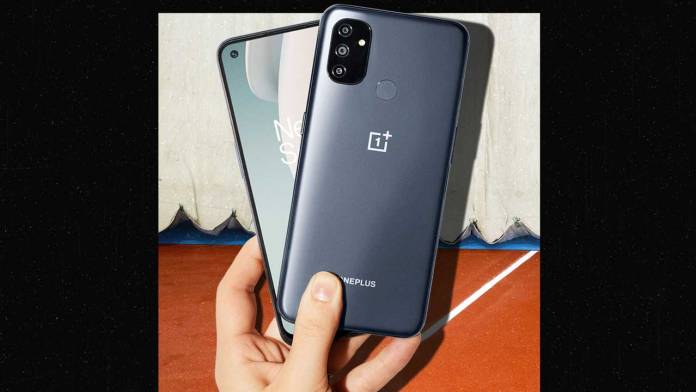 Smartphone manufacturers rarely understate a feature that is present on a device, in fact, a prominent spec becomes a marketing point. OnePlus seems to have somehow done the exact opposite – underplaying the refresh rate possible on its Nord N100. When OnePlus Nord N100 was launched last month alongside the Nord N10 5G, the former was revealed to have 60Hz display – turns out it can support 90Hz refresh rate, which the Chinese smartphone company has confirmed.

OnePlus established that the Nord N100 does indeed have a 90Hz refresh rate, in addition to 60Hz that the phone was marketed with, to Android Authority who had purchased a unit for review in UK and found it to have 90Hz panel. While reviewing the unit it was found that the phone has a Refresh Rate selector in the Settings – wherein 60Hz is the default setting but there is an option to toggle to 90Hz. 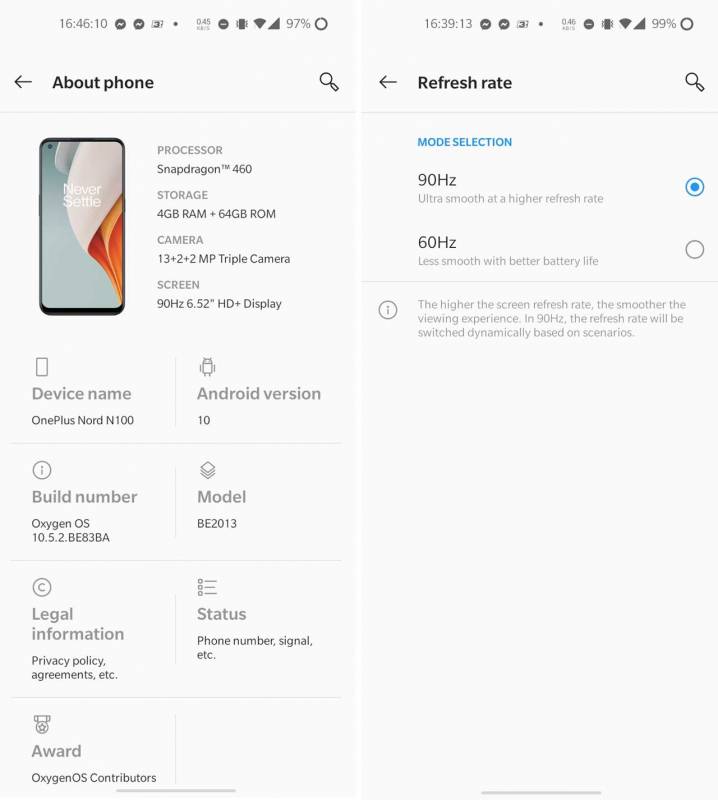 OnePlus has withdrawn its previous statements about the phone having 60Hz screen, now saying that the “The N100 is equipped with a 90Hz display. Actual refresh rate depends on settings, applications used, and processing limitations.” While OP hasn’t given out the exact reason for downplaying the actually possible refresh rate of the display – there is a certain assumption one can draw for the reason.

Nord N100 boasts a 6.52-inch HD+ screen, 1600 x 900 resolution, and it is powered by a very modest Snapdragon 460 processor. There is a likely possibility that the provided chipset has limitation of providing smooth experience in certain apps in 90Hz setting, a probable reason the company chose to market the budget smartphone with lesser refresh rate capability.