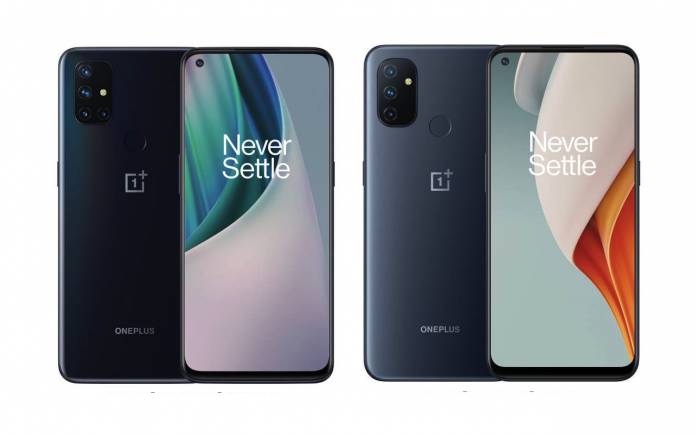 New OnePlus Nord phones are on their way. No, it’s not the special edition OnePlus Nord yet. It was simply the Ash Grey color variant. A new pair will be arriving soon in the United States as promised by the Chinese OEM. The company didn’t release the original OnePlus Nord phone in the country but said it was working on another version. It won’t be just one but two Nord models as we’ve been mentioning the past few weeks.

OnePlus has officially announced the OnePlus Nord N10 5G and the OnePlus Nord N100 earlier today. You may be confused because they look the same but they are different from each other in some ways. For one, the OnePlus N10 comes with 5G connectivity. The other one doesn’t support 5G which makes it the most affordable OnePlus phone yet.

Between the two, the OnePlus N100 has more rounded edges and is bigger. The OnePlus N10 5G has sharper corners. Obviously, the N10 is the more premium device.

The list of available 5G phones in the world is getting longer. OnePlus never settles so it’s coming up with budget-friendly 5G phones. In the United States, the OnePlus N10 5G can rival the Pixel 4a 5G, LG Velvet, and other mid-range Samsung 5G phones.

There is a 16MP punch-hole selfie camera. On the rear, you will see a 64MP primary shooter, an ultra-wide cam with a 119-degree lens, a macro lens, and a monochrome lens. The camera setup is somewhat similar to the OnePlus 8T. Other features are as follows: 6GB RAM, 128GB onboard storage, and a microSD card slot. A Midnight Ice version will be available for 329GBP which is about $429 in the US.

Both OnePlus Nord phones will be released in North America but no exact word on availability and pricing has been provided yet. They will run on OxygenOS 10.5 initially.  The US version may get OxygenOS 11 (Android 11) but that has yet to be confirmed.