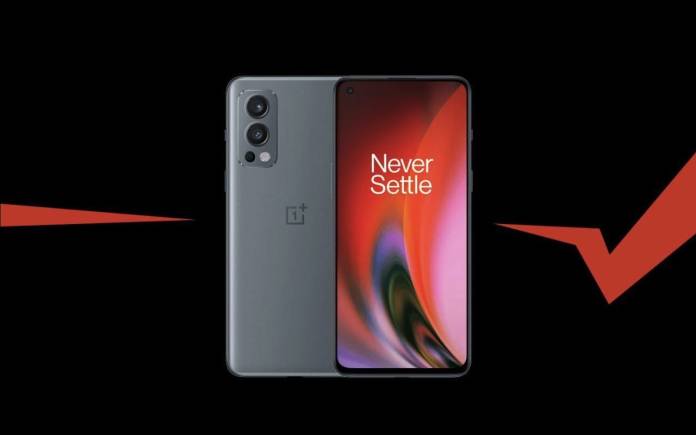 The OnePlus Nord 2T is coming soon. We’re almost certain about the name and we’ve got more information available from a source. Some details about the OnePlus Nord 2 CE have also been leaked. Just last week, we mentioned the OnePlus Nord 2T would arrive with Dimensity 1300 chipset and 80W fast charging. It will be revealed in April or May with a price tag that reads anything between Rs 30,000 and Rs 40,000 which is about $400 to $535 in the United States.

As described, the smartphone will be equipped with a large 6.43-inch AMOLED screen with a 90Hz refresh rate and Full HD+ resolution. The Dimensity 1300 SoC has been confirmed together with that 80W SuperVOOC charging. Up to 12GB of RAM (from 6GB or 8GB) can be expected with 256GB of built-in storage.

The phone will be powered by Android 12 OxygenOS 12 at launch. Battery capacity will be 4500mAh.

When it comes to the camera department, there will be a triple camera system. The cameras will be 50MP + 8MP ultra-wide + 2MP monochome sensor plus a 32MP selfie shooter.

Earlier, we mentioned a February launch but that’s not happening. it will either be on April or May. As for the OnePlus Nord 2 CE, it will be revealed this coming February 11 possibly starting at Rs 25,000 ($334). The OnePlus 10 Pro will follow in March also in India. A OnePlus 10R may also follow next quarter powered by a Dimensity 9000 chipset.