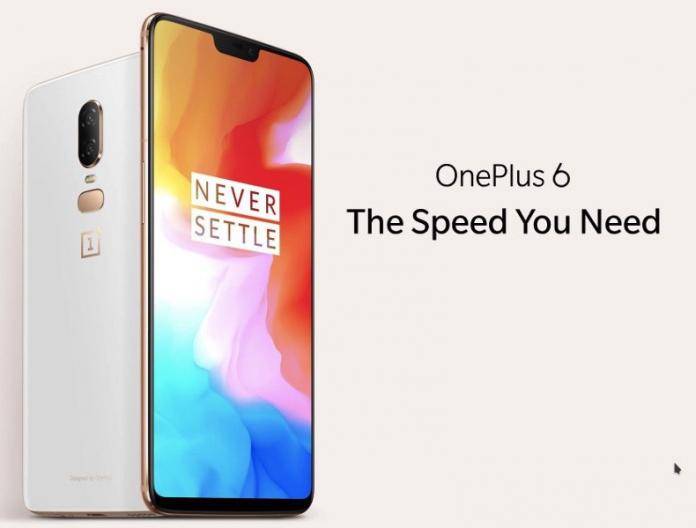 If you were super excited to get your hands on the recently announced Silk White version of the OnePlus 6, you might just be disappointed. In less than 24 hours since they released it, they have now run out of stock of the sleeker and cleaner version of their new flagship. Even their Bullets Wireless earbuds sold like milk teas (or fro-yos or whatever it is that sells like hotcakes now). You will have to wait a few more days to get hold of one and even then, there’s no guarantee that this special color variant will last more than 24 hours if today is any indication. This is a nice surprise/problem for OnePlus given the price point of this new device.

The Silk White Limited Edition was just announced a few days ago and is being marketed as “equal parts power and style”. For those who like the color white for their devices and who are a bit disappointed with all the darker colors that are out there, there is a certain appeal for this “matte finish with a pearl shimmer”. The $579 price tag for this flagship device was not a deterrent for OnePlus fans in Europe as it sold out in a matter of hours or less than a day. The OEM didn’t release the number of phones that was made available though, so we’re not really sure if a lot of people bought or they just had too few stocks available. After all, it is a limited edition.

But don’t fret because in a few days, June 12 to be exact, they will have a “limited drop” of new stocks of the Silk White edition at 10AM EDT. They did not reveal how many will be available and we don’t expect them to give a number. What we can expect is that they will hype up the fact that you should get yours as soon as they drop it because you might run out. If you want to be notified or reminded about the exact time of release, you should click on the Notify Me button on their website, oneplus.com/6. We assume that this is still for the same markets (mostly Europe) that got the Silk White Edition, unless they announce that they are adding more locations.

To recap, the OnePlus 6 Silk White Limited Edition has the same specs as the original. It has a 6.28-inch Samsung AMOLED screen with a 2280 x 1080 pixel resolution. It is powered by a Snapdragon 845 processor which supposedly makes the performance 30% faster and power consumption lower by 10%. It already runs on Android 8.1 Oreo and this color variant is only available with the 8GB RAM and 128GB storage, unlike the original colors which has 6GB/64GB and 8GB/256GB editions. It has dual 16MP and 20MP main sensors and a 16MP front-facing camera.

We previously gave you six reasons why you should get a OnePlus 6 so if you’re still on the fence, you can check it out before June 12. But you better decide before then and get ready to make the online purchase lest they quickly run out of stocks again.