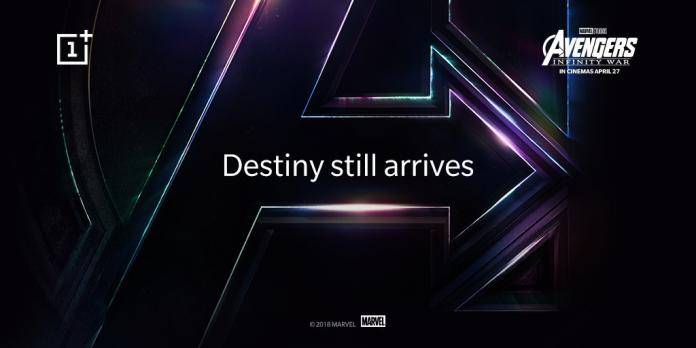 We’ve suspected this ever since OnePlus India released a teaser poster that wasn’t really subtle at all. But now we have confirmation that the Chinese smartphone maker is partnering with Marvel to release an Avengers-themed variant of the OnePlus 6. This isn’t just to promote the upcoming Infinity War movie but also to celebrate the 10th Anniversary of Marvel Studios. And sorry rest of the world, it looks like this model will only be for the Indian market, at least for now.

According to the statement released by OnePlus, the OnePlus 6 tie-in will be one step towards “strengthening our association with Disney India” which leads us to believe this special Avengers-themed variant will only be released in the South Asian country. The press release goes on to talk about the enduring legacy of Marvel and its more than 8,000 characters and OnePlus’ “overwhelming and loyal fan following”.

What it didn’t talk about was what are the details of the OnePlus 6 Marvel variant. In fact, there are no confirmed details about the upcoming flagship yet, except some leaks on Weibo. In fact, OnePlus’ CEO Carl Pei is the source of some of the leaks, following their “strategy” for years. It will supposedly have a 6-inch 2880 x 1440 display with an 18:9 ratio and it will be powered by the Snapdragon 845. The camera will probably be a major component as well.

As to when this will be released is anyone’s guess. Infinity War already opens worldwide next week so if they’re planning on riding on the hype, it should be somewhere around that time as well.