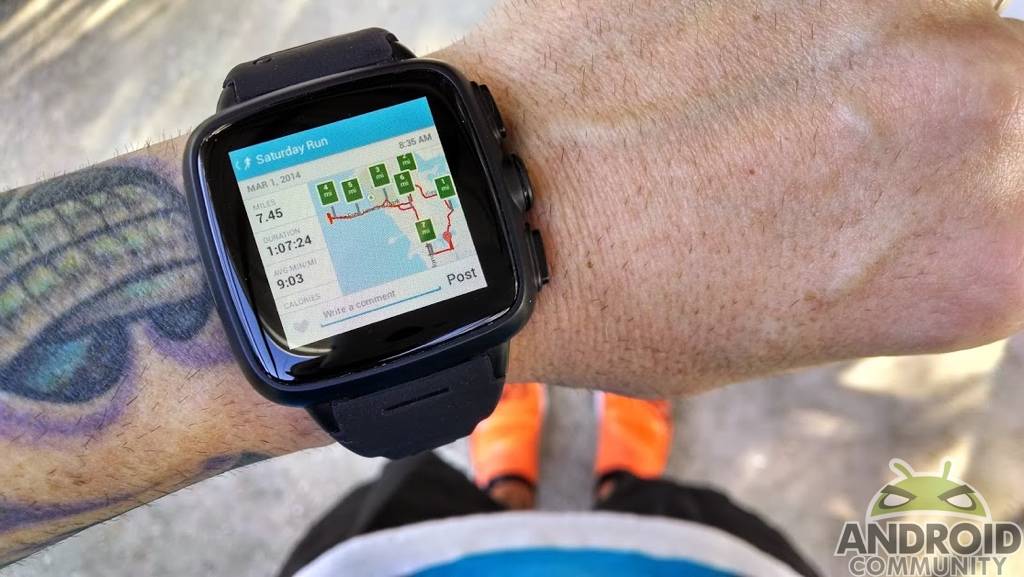 We have to remember one thing when talking about any gadget — just because you may hate it, that doesn’t mean it isn’t a perfect device for someone else. While some may criticize smartwatches, or the Omate TrueSmart in particular, I am thinking it may be a good running partner. It is a bit early to get super excited here, however I did take the TrueSmart out for its first run this morning. And at risk of offer the spoiler in the beginning, it seems to have performed rather well.

First though, something needs to be said. As we learned a while back, the TrueSmart does not ship with the Google Play Store. That brings this, my usage from earlier today was solely dependent on having already installed the Play Store on the watch. I will talk about that process in future posts, but suffice to say, the Play Store can be run (rather easily, and with success) on the TrueSmart.

Anyway, one thing you’ll likely learn about me — I am a runner. Because I often run distances that take me well away from my home, I prefer to run with a smartphone for emergencies. Also, that same smartphone provides me with entertainment through DoggCatcher and Audible, and also tracks my runs with RunKeeper. Those apps, amongst others, have all been installed on my TrueSmart.

A bit about the experience from this mornings run though. The watch has an AT&T StraightTalk SIM, and when I set out for the run the watch was fully charged. The SIM was active, in that mobile data was on. Also, Bluetooth and GPS were turned on. The watch was paired with the Jabra Sport Wireless Plus headphones, and I listened to an audiobook that had been downloaded to the watch. The GPS, obviously, was active for the purpose of using RunKeeper.

Bottom line here, the Bluetooth experience was solid and RunKeeper tracked my entire run without issue. Perhaps key here, the battery life. As mentioned, the battery began at 100 percent. The end had the battery sitting at 72 percent, and for reference, this was for a run that lasted 1 hour and 7 minutes. Again, this may not be the watch for everyone, but for the purpose of this post I am looking at the Omate TrueSmart as a replacement to some of the current devices specifically being targeted towards runners.