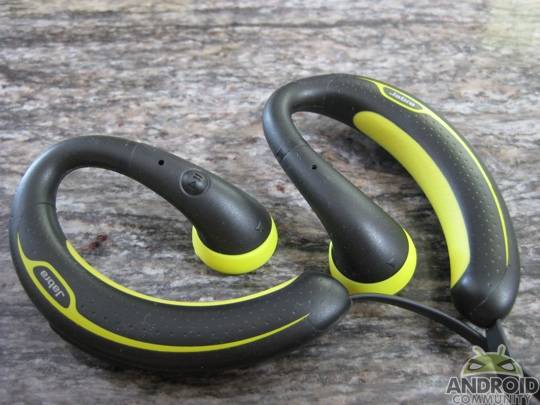 Jabra announced the Sport Wireless+ headset a few weeks back. This set of headphones was arriving as the follow-up to the non-Plus model and as one would expect with a follow-up device, this one was announced with some improvements over the previous version. Some of the key highlights include battery life improvements and a fit clip. That being said, Jabra sent a pair of these over for review and as such, we have been enjoying running without having to worry about getting tangled up in wires.

Those who have seen the older model and the new model will likely notice the similarities here. Basically, at first glance they look just about the exact same. Having used and liked the original model though, that portion came as good news. Anyway, the Jabra Sport Wireless+ headphones bring military grade protection against rain, shock and dust along with a battery life of up to four hours. 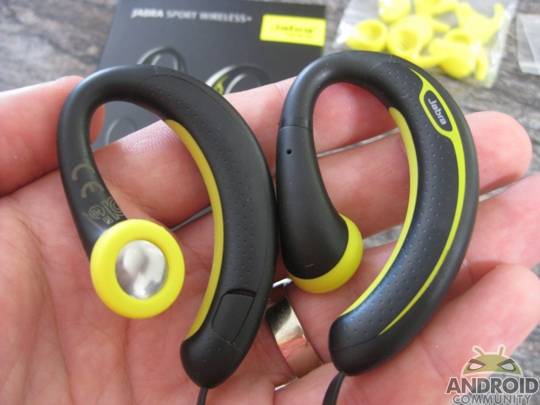 In addition to being able to enjoy your music without worry of getting tangled in a headphone cord, these also bring a built-in FM radio and Bluetooth 3.0 connectivity that is described as being a “world class wireless signal.” While we aren’t sure we would consider this world class, we can say that we were able to enjoy some runs without the worry of wires and perhaps more important — without having to worry about the signal cutting out.

In our use we would say the headphones are comfortable to wear and stay in place, even with some sweat and rain getting in the way. Jabra ships these with a few extra sets of ear gels, which should help most users get a snug fit. While there is an earpiece for both ears, all the controls are on the right-side. These controls include the main button, which turns the headphones on/off and also controls playback (play/pause) as well as the FM radio button and a volume up/down rocker. 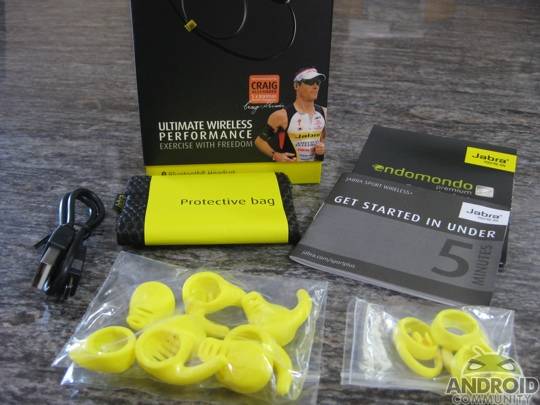 In addition to music (or other audio) coming from your device, these headphones also allow you to take calls. While this was more of a secondary function for us, the call quality was more than acceptable. Jabra has these headphones loaded up with an onmi directional mic with a noise filter. They have said this will help to enhance the call quality by eliminating background noise from the office, however we found that it works equally well to cut down on road noise from passing cars.

As for battery life, we cannot say that we inched out a full 4 hours, however we were able to get through a three hour run without running out of power (and without getting a low battery warning). And just to clarify, that run included three hours worth of audio listening coming from Audible. The fit clip is just a small piece of plastic that helps keep the cord that connects both earpieces in check. Simply put, this just tightens things up a bit.

Bottom line here, these headphones appear rather durable, are easy to use by feel when on your head, are comfortable to wear even for extended time and perhaps key — they can handle the elements and have a battery life to match.

Jabra has these headphones available in black with yellow accents (as pictured here) and priced at $99.99. Those interested will be able to find the Sport Wireless+ headphones direct with Jabra as well as with retailers to include Amazon and Verizon Wireless.