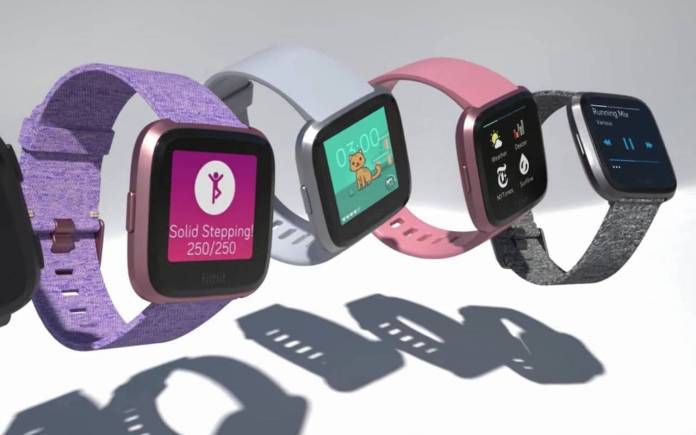 Fitbit is now closely tied with Google but it’s not a done deal yet. While the business is pending, the company continues to improve its products by releasing new models and software updates. Just the other day, Fitbit introduced an SpO2 watch face for tracking blood oxygenation. Before that, the brand launched the Fitbit Versa 3 and Fitbit Inspire 2 with new health features. There was also the Fitbit Sense that launched as the first health smartwatch with EDA sensor. One important development recently that we appreciate is that Android phones can now detect Fitbit devices nearby.

Fitbit is rolling out a series of new updates to older models. Usually, a brand releases the newest update to the latest products. Fitbit wants the old devices to be updated first. Starting with the Fitbit Charge and Fitbit Versa, these wearable devices now feature a new metric based on a person’s heart rate activity. Called as the Active Zone Minutes, this new function was first made available on the Versa 3 and the Fitbit Charge 4.

Fitbit Premium’s advanced metrics tracking is also now available for users of older Fitbit models. If you may remember, Fitbit Premium was first launched last year alongside the Versa 2 smartwatch. More features of Fitbit Premium can be used on older watches.

We can look forward to the new Health Metrics Dashboard which is said to present more raw data from the sensors. For those who own Fitbit Charge 3, Fitbit Charge 4, Fitbit Inspire HR, Fitbit Versa, and Fitbit Ionics, your wearable devices will also receive breathing rate and heart rate variability (HRV) as new stats.

Fitbit also has its own efforts to help fight the global pandemic. It has its COVID-19 trial that checks metrics that may be used as a precursor to symptoms. The more data being tracked, the more a Fitbit user can know about his or her health.

Only Fitbit Premium users can be provided with more data. If you’re willing to pay $79.99 per year or $7.99 per month for the service, you can Health Metrics Dashboard even on older devices.