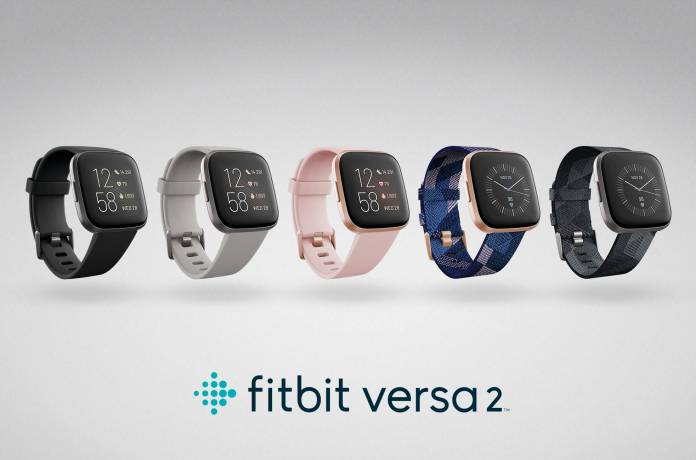 If you were a fan of the best-selling Fitbit Versa smartwatch but didn’t get around to actually buying it, now is your chance to get a hold of its second-generation device, the Fitbit Versa 2. It is a premium, voice-enabled device that has a 5+ day battery life and various new features like Sleep Score, Amazon Alexa, and Fitbit Pay. If you also want to go deeper in your health and fitness journey, Fitbit Premium is a new paid subscription service within your Fitbit app.

The Fitbit Versa 2 has an on-device microphone so you will be able to use apps and services without tethering to a phone. It is the first Fitbit device to have Alexa built-in so you can have it respond to your voice commands with on-screen text responses and use it for the usual Alexa tasks including controlling smart home devices. Spotify Premium users can now use Versa 2 to control their music and podcasts from their wrist while Fitbit Pay lets you make mobile payments on the go. You can also use the on-device mic to reply to texts and notifications from your smartwatch if you have it connected to an Android smartphone.

The Versa 2 also has advanced sleep features to let you track and understand your sleeping habits for a healthier you. You get a Sleep Score based on your heart rate, restlessness, time awake, and Sleep Stages. You can also use Sleep Mode to silence notifications and disable your screen. Soon, you will also get features like Smart wake and Estimated Oxygen Variation Graph. Of course, the smartwatch has a faster processor, a bigger AMOLED display, and better battery life which can last you as long as 5 days with minimum use. It is also the most premium looking of the Fitbit smartwatch line, with several accessories available to further personalize it.

Fitbit Premium is a new, paid health and fitness subscription service for those who want a deeper and more personalized experience on their Fitbit app and connected devices. It will be able to look into 10+ years of activity and data, if you’ve been a Fitbit user since the beginning. It will provide an analysis of your activity, exercise, and sleep data and give you personalized recommendations from academic and medical experts. It also has nine guided health and fitness programs: Intro to Healthy Habits, Get More Zzz’s, Habits for Restful Sleep, Get Active, Beginner Running, Run Training, Understand Calories, Kick Your Sugar Habit and Kick Your Salt Habit.

The Fitbit Versa 2 is priced at $199.95 with several options; black with a carbon case, petal with a copper rose aluminum case, and stone with a mist grey case. The Special Edition is priced at $229.95 and you can choose from navy and pink with a copper rose aluminum case or smoke with a mist grey case. You can pre-order it on Fitbit.com and selected online retailers and it will be available in stores by September 15. Fitbit Premium will start rolling out by September and you pay $9.99 per month or $79.99 per year.