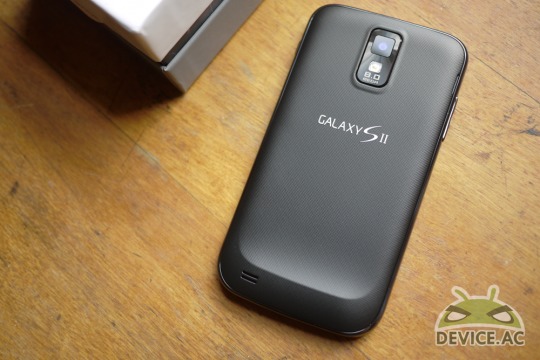 Looks like those previous rumors of an official Ice Cream Sandwich update were right in general, if not altogether precise. Reports from both European and South Korean owners of the ubiquitous Samsung Galaxy S II indicate that stock versions of the smartphone are receiving over-the-air updates to Ice Cream Sandwich right now. This fulfills Samsung’s promise to upgrade the flagship phone to the latest version of Android in the first quarter of 2012, if only just. If you live in either territory and haven’t seen an update yet, you can initiate a manual update in the Settings menu.

The update is currently going out to the international version of the Galaxy S II, known by the model number i9100  in most territories. In a press release, Samsung said that updates for the Galaxy S II LTE, Galaxy Tab 8.9 and 10.1 (WiFi), and the Galaxy Note would follow shortly. Expect a more wide rollout of the GSII’s upgrade, with the other smartphone and tablet models coming in the next few weeks. At the same time, Samsung verified that the Galaxy S, Galaxy S Plus, and Galaxy Tab 7 would be receiving incremental updates to their Gingerbread software (something like the rumored “value pack”) but not Ice Cream Sandwich. All updates will keep Samsung’s TouchWiz UI, though new features may be added.

Note that the Americas are not mentioned in Samsung’s statement or our breakdown above. That’s because in the US and often in Canada as well, wireless carriers add considerable apps and other software tweaks to their subsidized phones, and must modify and approve almost all updates before they’re sent out over the air. Depending upon the proclivities of the handful of national and regional carriers that offer the Galaxy S II, Galaxy S II LTE, Galaxy Note, Galaxy Tab 8.9 and Galaxy Tab 10.1, it could be a few weeks to several months before American customers see their devices updated. In some cases, they may not be.