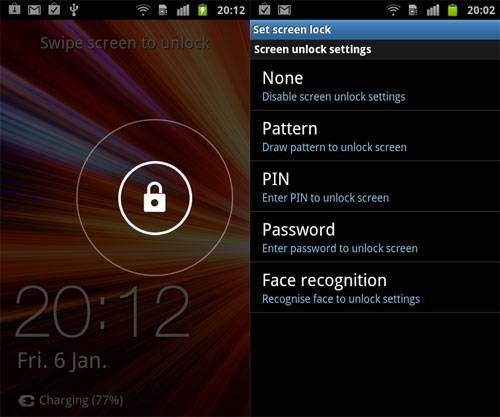 The last we heard from Samsung, it had nixed the “Value Pack” update it was planning for the original Galaxy S and Galaxy Tab, citing that adding the features to older phones sporting the TouchWiz interface simple wasn’t practical. It appears that at least some work on the update was completed, and the folks at SamMobile got their hands on an early ROM. The package was intended to placate angry customers who were upset that Samsung refused to upgrade the older phones to Ice Cream Sandwich, claiming incompatibility with TouchWiz.

So, what’s in the “I Can Certainly Believe It’s Not ICS” update? A series of UI tweaks meant to implement some of the advancements in Ice Cream Sandwich, while still fitting in with Samsung’s TouchWiz style. This includes a rudimentary face unlock, circular lockscreen in the ICS/Honeycomb style, the same photo editor that’s included in the Galaxy S II,and  some other small UI tweaks and basic improvements for speed and stability, most noticeable when switching from portrait to landscape. You can download the beta ROM (presumably only for the international version) at SamMobile.

While the majority of OG Galaxy S owners will likely be happy for any update at all, die-hard Android fans have already expressed their disgust at the update situation. Samsung’s insistence that the combination of Ice Cream Sandwich and TouchWiz is too much for the Galaxy S RAM/storage didn’t help – lots of them would prefer the company simply offer up a Nexus-style ROM free of OEM skins and apps. The sad fact is that even the Value Pack update is unlikely to see the light of day on any of the US versions of the Galaxy S, all of which would need individual carrier approval first.