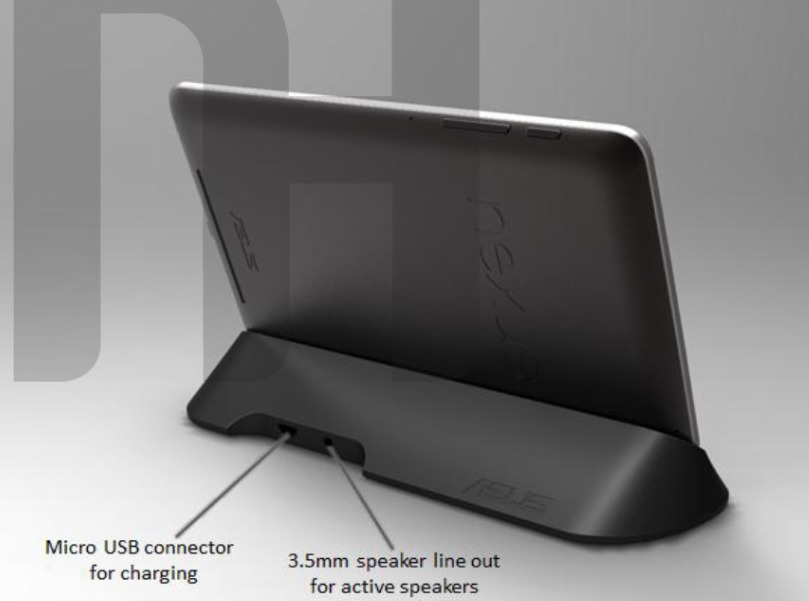 ASUS and Google’s new Nexus 7 tablet is all the rave right now, and with good reason. Sadly we don’t have any official accessories for the tablet other than the case we took a look at last night. Some new photos revealed by Nordic Hardware shows that we’re about to get some nice accessories to go along with our tablets.

For one, as you can see above, we’ll be getting a nice desk dock or cradle, plus tons of cover options too. The POGO dock shown above and detailed below will use the pins on the side of the device, and looks to be a well made dock. The desktop dock is stated to “perfectly-angle” the Nexus 7 for “better movie and photo viewing, browsing, and email.” With no HDMI-out it does feature 3.55mm headphone ports to extend music to your surround sound, as well as micro-USB to charge at the same time.

The gallery of images above (click to enlarge) has all the details for those interested. The slides point to a $49.99 USD price point for the dock, available come August 24th from ASUS. Most likely these will all be up on the Play Store soon. Then the same case we reported on last night, and have seen teased by ASUS will be coming in multiple colors and are titled as “travel covers.” They were supposed to be available two weeks ago but so far only the dark grey is for sale.

Last the slides show a premium genuine leather option, something I’m sure many would love to purchase. It should be available in four different color options and hit the market at the end of August (31st) for around $39.99 a piece. So far we’ve only seen the one case become available, but hopefully these launch dates end up being accurate. I’d love the dock for my Nexus 7, but the cases I’ll skip.